Man City maintained their record-breaking winning streak by sweeping aside Burnley, Liverpool, Tottenham, Everton, Arsenal and West Ham during February. Pep Guardiola’s men have now won 20 games on the bounce in all competitions, shattering all previous records. They have opened up a 12-point lead at the top of the table, while many of their title rivals have faltered.

We now make Man City the 1/1000 favourites to win the title, with second-placed Man Utd out at 100/1 after their 0-0 draw with Chelsea on Sunday. However, the race to secure a top four finish remains wide open, while the relegation battle is heating up after Fulham and West Brom picked up some morale-boosting wins during February, so there is plenty to mull over in our Premier League February review.

Another Perfect Month for Man City

Guardiola steered Man City to yet another perfect month. They began with a 2-0 victory over Burnley, and then thumped Liverpool 4-1 at Anfield to kill off the Reds’ title defence. Man City followed it up with a 3-1 win over Swansea in the FA Cup fifth round, and then beat Tottenham 3-0. Goals from Phil Foden, Riyad Mahrez and Bernardo Silva helped them to a 3-1 win against Everton, and then they beat Arsenal 1-0, Borussia Monchengladbach 2-0 in the Champions League and West Ham 2-1.

City are now unbeaten in 27 games in all competitions, with 24 wins and three draws. In that time, they have scored 63 times and conceded just eight goals. They have not tasted defeat since November, and they have won all of their games since mid-December. Guardiola is regularly able to leave a host of world-class players on the bench, and effective squad rotation has been the hallmark of City’s record-breaking run of results.

Man Utd are unbeaten in six games, but four of those matches ended in draws, so they have lost considerable ground in the title race. Third-placed Leicester also suffered a damaging defeat to Arsenal at the weekend, while champions Liverpool lost four games on the spin in February. Jurgen Klopp conceded defeat in his team’s title defence.

The race for a top four finish looks intriguingly poised. Man Utd and Leicester are in the driving seat, with 50 and 49 points respectively, while West Ham are currently in fourth place, with 45 points. They suffered a narrow 2-1 defeat to Man City last time out, but they took 10 points from their previous four games.

David Moyes is starting to look like a Manager of the Season contender. The Hammers were superb throughout February, and they remain in contention for their first ever top four finish. However, they will need to put in a Herculean effort over the next few months in order to pull it off.

Chelsea remain unbeaten since Thomas Tuchel replaced Frank Lampard as manager, and they sit just one point behind West Ham in the table. Liverpool are in sixth place, with 43 points, after beating Sheff Utd 2-0 on Sunday. Everton are seventh, but they would leapfrog West Ham in the table if they were to win their two games in hand.

Tottenham and Aston Villa also have games in hand, and they could be in the thick of the battle if they win those matches. Even Arsenal could mount a late challenge, as they are just eight points behind West Ham. There will be many more twists and turns in the months ahead.

Fulham put together a magnificent run of results during February. The Cottagers battled to two wins and three draws from their last five games, and their form has blown the relegation battle wide open. They are now 18th, but they sit just three points behind Newcastle and Brighton, who both struggled throughout February.

West Brom also have a glimmer of hope after going unbeaten in their last three matches, so teams like Newcastle, Brighton, Burnley and Southampton will be looking nervously over their shoulders. The Saints are in freefall, having taken just one point from five games in February. Newcastle have been ravaged by injuries, while Brighton cannot seem to convert their dominant performances into wins, so the relegation battle looks fascinating right now.

Ilkay Gundogan – The German midfielder emerged as a contender for the PFA Player of the Year Award after scoring twice against Liverpool and then twice against Tottenham in February. He is now on 14 goals for the season.

Scott Parker – The Fulham manager has led his team to within just three points of safety after a five-game unbeaten streak. The Cottagers have momentum now, and that could make the teams above them nervous.

Jesse Lingard – The Man Utd midfielder’s decision to head on loan to West Ham has been totally vindicated. He managed three goals and an assist in five games for the Hammers in February.

Bruno Fernandes – The Portuguese playmaker was at his brilliant best throughout February, scoring all manner of crucial goals and providing high-quality assists. He looks world-class.

Nuno Espirito Santo – The Wolves manager guided his team back up to 12th in the table with a run of three wins and two draws from five games in February. It saw them snap an 11-game winless streak.

Jurgen Klopp – February was a month to forget for the Liverpool boss, who saw his team suffer consecutive defeats to Brighton, Man City, Leicester and Everton.

Lee Mason – The Premier League referee had a moment of complete madness in West Brom’s 1-0 win against Brighton. Lewis Dunk took a quick free kick on Mason’s whistle which resulted in a Brighton goal. Mason originally gave the goal only to make a U-turn on his initial decision, with the referee blowing the whistle a second time as the ball crossed the line. Leaving Brighton coaching and playing staff furious.

Callum Hudson-Odoi – The young winger suffered the ignominy of coming on as a substitute and then being hauled off after just 21 minutes against Southampton.

Illan Meslier – The chaotic Leeds goalkeeper was at fault for three of the goals during a 4-2 defeat to Arsenal, and he seems to make more errors than most of his peers. 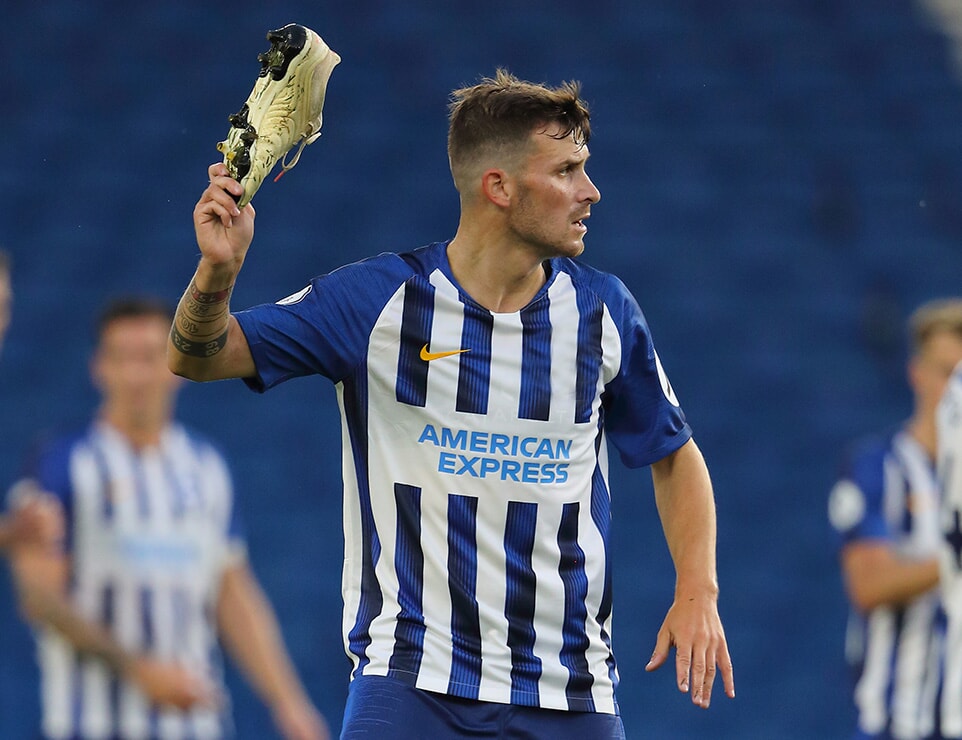 Brighton’s misfortune is starting to verge on the ludicrous. The Seagulls are third in the expected points (xPTS table), behind only Man City and Chelsea, and ahead of Liverpool and Man Utd. They should have 44.45 points by now, but they have only managed to accumulate 26. It is largely a result of their wasteful finishing.

Their expected goals (xG) tally is 40.98, but they have only scored 26 times. They have also conceded 4.3 goals more than expected, and they sit just three points above the relegation zone. The Seagulls were absolutely dominant against Crystal Palace and West Brom in February, but somehow contrived to lose both games.

Sheff Utd are the other great unfortunates of the Premier League this season, with 12.25 fewer points than expected. They have scored 9.6 fewer goals than their xG figure, while Fulham have scored 8.69 fewer than anticipated. Southampton are the most unfortunate team in terms of goals conceded, as their expected goals against (xGA) figure is 36.11, but they have shipped 43 goals.

Everton are the most unfortunate team, with 9.23 points more than their xPTS. Crystal Palace are next, having racked up 7.14 points than expected. Man Utd and Man City have also been pretty fortunate. The Red Devils have also been clinical, having scored 9.2 more goals than their xG figure.

Premier League in February – The Numbers

14 – Man City have now won 14 Premier League games in a row, along with one Champions League match and five cup games.

11 – Kevin De Bruyne leads the league with 11 assists, despite missing most of February with an injury.

200 – February saw Pep Guardiola earn his 200th win with Man City. He reached that milestone in 273 games, breaking the previous record of 309 set by Jose Mourinho at Chelsea.

68 – Gareth Bale scored after just 68 seconds of Tottenham’s game against Burnley. He now has four goals and three assists in his last three games.

2 – Brighton became the first team in Premier League history to hit the woodwork with two penalties in the same game when they lost 1-0 to West Brom at the weekend.

9 – Southampton conceded nine goals against Man Utd in February, equalling their own record for the heaviest defeat in Premier League history. They lost 9-0 to Leicester in 2019, while Man Utd beat Ipswich 9-0 in 1995.

8 – Brighton have now failed to win eight Premier League matches this season in which their expected goals (xG) tally was at least 1.0 higher than their opponents.

3 – Crystal Palace have scored three goals against Brighton this season, despite having mustered just four shots against the Seagulls. It finished 2-1 to Palace when the teams met in February.

4 – Arsenal’s 1-0 defeat to Man City was the fourth consecutive home league game in which they failed to score against Guardiola’s side. That has never happened before in the club’s history.

43 – Michail Antonio scored his 43rd Premier League goal for West Ham in February, and they have all come from inside the box.

How Have the Premier League Betting Markets Moved?

We look back at some incredible Premier League performances and records that played second fiddle...
>Read more