Premier League leaders Liverpool will face a stern examination of their title credentials when they host in-form Leicester at Anfield this weekend. Former Reds manager Brendan Rodgers will bid to put an end to their 100% start to the season, and that should prove to be a fascinating spectacle. Champions Man City will aim to maintain the pressure on Liverpool at the top of the table when they host Wolves on Sunday.

Brighton v Tottenham – Can Spurs Bounce Back From Midweek Humiliation?

Spurs are veering from crisis to crisis right now. They crashed out of the EFL Cup at the hands of League 2 side Colchester United a week ago, and then they suffered a humiliating 7-2 drubbing when they hosted Bayern Munich in the Champions League on Tuesday night. However, they have won two of their last three Premier League games and they beat Brighton home and away last season, so they may head into this game with a degree of confidence.

The Seagulls are in poor form and they have managed just three goals in their last six league games, so they will need to be more creative and dynamic going forwards against Tottenham if they are to pile further misery on Mauricio Pochettino.

You can find even money on Tottenham in the football odds for this game. Brighton are the 11/4 underdogs to pull off a home win and the draw is 5/2. 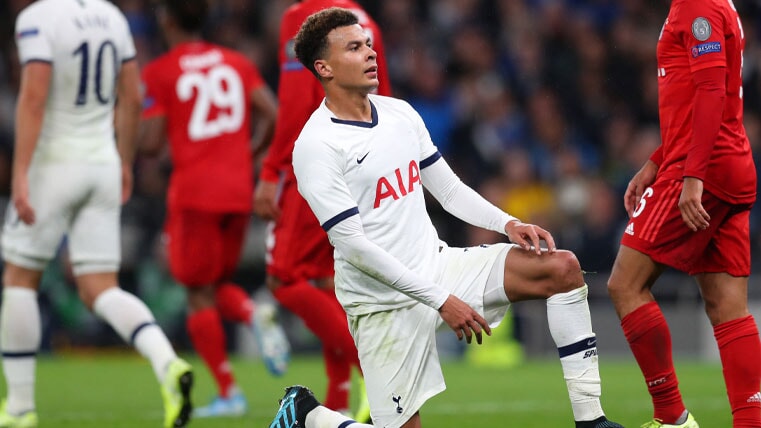 Everton suffered a miserable September which resulted in them dropping down to 15th in the Premier League table. There is significant pressure on Marco Silva’s shoulders right now and he will be desperate for a victory on Saturday. However, Turf Moor is a tough place to visit. Burnley have won two out of three games there so far this season and the Toffees can expect a raucous atmosphere to greet them. Everton have played 160 crosses into the box this season, which is the second highest in the league. Burnley have played 503 long balls, which is also the second highest in the league, so this might not be the most beautiful game of the weekend and both sets of defenders should get some heading practice in as they prepare for it.

Everton are the slight favourites at 6/4, despite being the away team, while Burnley are 15/8 to win it and the draw is 9/4.

This is arguably the biggest game of the weekend. It pits league leaders Liverpool against third placed Leicester, and showcasing Brendan Rodgers against the man that replaced him as manager at Anfield.

Jurgen Klopp led the Reds to the Champions League last season, but they are still without a league title triumph since 1990 and they are desperate to rectify that. They have come flying out of the blocks this season, winning all seven games to sit top of the table. Their xG is 13.68 and they have scored 18 times, showing just how clinical their forwards have been this season.

Yet Leicester are also in fine form and they thrashed Newcastle 5-0 last time out. They have a quality attack and plenty of dangerous players, so they will make life difficult for Liverpool. The Reds have played more crosses than any other team so far this season (168) and Leicester will have to shut down Trent Alexander-Arnold and Andy Robertson if they are to win this game. 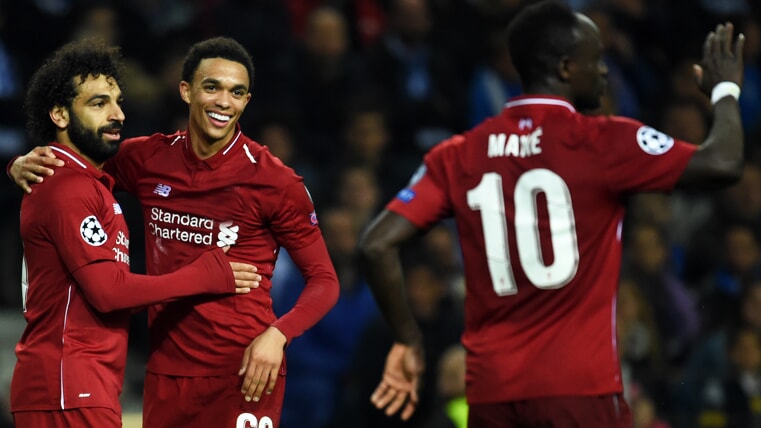 Norwich beat Aston Villa home and away last season en route to winning the Championship. Villa secured promotion via the playoffs, but they spent a fortune in the summer in order to bolster their squad. Thus far the investment has failed to pay off, as Dean Smith’s men have taken just five points from their opening seven games and they are languishing in the relegation zone. Norwich are one point above them.

The Canaries pulled off the shock of the season when beating Man City 3-2 a fortnight ago, but they have suffered back-to-back defeats since then. They are yet to keep a single clean sheet this season and their Expected Goals Against (xGA) is 13.80, whereas they have conceded 16, so that defence will cause a great deal of concern for manager Daniel Farke.

Watford v Sheffield United – Will The Blades Inflict Further Pain on The Hornets?

Watford are rock bottom of the table after taking just two points from their opening seven games. They have conceded 20 goals in that time and they have a -16 goal difference, which is the worst in the league. They have failed to score in in four out of seven games so far this season and they have missed the injured Troy Deeney.

They have already sacked manager Javi Gracia and replaced him with Quique Sanchez Flores, but it has not really galvanised the troops yet. Sheff Utd are 12th in the table, making them the best performing team out of the three newly promoted sides, and they won 2-0 against Everton in their last away game.

Both of these London clubs are flying high after exceeding expectations so far this season. West Ham are unbeaten since an opening day defeat to Man City and that has left them fifth in the table. Lukas Fabianski has kept three clean sheets in seven games, which no goalkeeper in the league can beat. West Ham may have ridden their luck at times, as their xGA is 5.05 higher than what they have actually conceded, but that will not bother their fans. Crystal Palace have already beaten Man Utd at Old Trafford this season, and a 2-0 win over Norwich on Saturday lifted them up to ninth in the standings. Luka Milivojevic has committed more fouls (19) than any other player this season, and he will take the fight to Mark Noble and co in midfield.

You can take advantage of our exciting new promotion, the Bad Beat special, on this game. If the team you bet on fails to win the game, but comes out on top in the xG, we will refund your stake. This could help you out if one team dominates the game, but fails to make that dominance count.

West Ham are currently the even money favourites to win this game, while the draw is 5/2 and the Eagles are 11/4 to secure an away win. Both of these teams have been surprisingly strong at the back this season, and Total Goals is priced at 2.65-2.85 in this game. West Ham have a Supremacy Index of 0.35-0.55 for the match.

Arsenal v Bournemouth – Will We See a Goal Fest at the Emirates?

Two of the Premier League’s great entertainers will clash at The Emirates on Sunday. Both teams to score has paid off in all seven of Bournemouth’s games so far this season, while it has also landed in six of Arsenal’s seven matches. Both teams are excellent going forwards and poor in defence.

They both display a great deal of ambition in committing men forward, and that leaves gaps at the back, leaving them liable to be ripped apart on the counter-attack. We should therefore be in for an interesting game. Arsenal moved up to fourth with a 1-1 draw at Old Trafford on Monday night, while Bournemouth are eighth after taking seven points from their last three games.

Arsenal are strong at home and our traders have priced them at 4/9 to win this game. The draw is 7/2, and Bournemouth are considerable underdogs at 6/1. Both teams to score is 1/2, and over 3.5 goals is 10/11. Arsenal have a Win Index of 18.5-19.75, and Bournemouth’s is just 4.5-5.75. Both of these teams are doing better than expected in xG and xGA stats this season, and it will be interesting to see who comes out on top on Sunday. 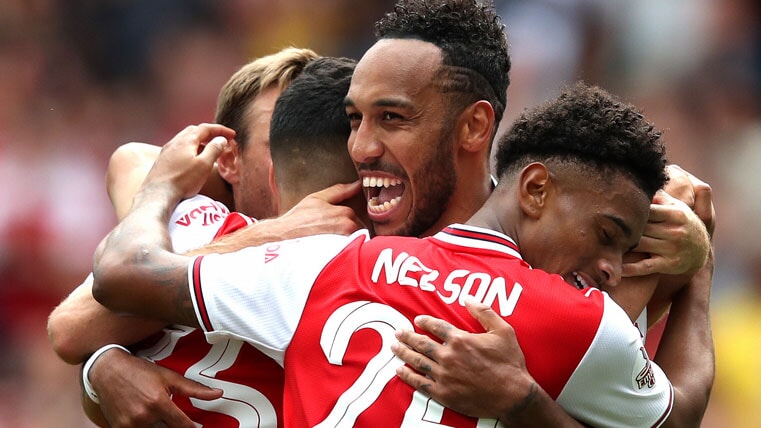 Wolves picked up their first win of the season when they beat Watford 2-0 at the weekend. They are the draw kings of the Premier League, with four from seven games thus far. They would probably be delighted with a point on Sunday, but assignments do not get tougher than a trip to The Etihad.

Man City beat Watford 8-0 in their last home game, and they are in devastating form right now. They have scored 27 goals, completed 4,500 passes, had 150 shots on goal and hit the woodwork six times this season, all of which are league highs. Sergio Aguero leads the race for the Golden Boot, and Kevin De Bruyne has twice as many assists as any other player in the league.

Southampton have lost twice on the bounce and that has seen them slide down to 14th in the Premier League standings. Their forwards have let them down this season, as they have an xG of 10.99, but they have only scored seven goals. Danny Ings replaced Che Adams and scored at the weekend, so he could continue to partner Nathan Redmond up front in this game.

Chelsea are also below what is expected of them in both xG and xGA this season, although they are starting to find their feet under Frank Lampard. They kept their first clean sheet of the season when beating Brighton 2-0 last weekend, and Tammy Abraham is in fine form, with a goal every 70 minutes this season. The Bad Beat special is also running on this game, ensuring you get your money back if the team you bet on fails to win the game, but comes out on top in the xG.

Newcastle are in the doldrums after losing 5-0 to Leicester at the weekend. That result left them 19th in the table and the odds on them being relegated continue to dwindle. They miss the tactical wizardry of Rafa Benitez, and the goals provided by Ayoze Perez and Salomon Rondon.

The Magpies have scored just four goals this season and their xG is only 4.30, showing how little they have created. Man Utd have endured their worst ever start to a Premier League season, but they did the double over Newcastle last season and they might fancy their chances of winning this one.

Newcastle have only won once all season and they are the 7/2 underdogs in this game. The draw is 5/2 and Man Utd are the 5/6 favourites to secure a morale boosting victory. The Red Devils have a Win Index of 15-16.25, while Newcastle’s is 0.55-0.75. The Total Goals spread is priced at 2.35-2.55 in this game, suggesting our traders anticipate a relatively low scoring affair.