Who Are The Real Winners And Losers From This Year’s Winter Break?

For the first time ever, the Premier League is preparing for its very first Winter Break. For years, managers and players have bemoaned an increasingly stacked and demanding fixture list over the Premier League winter months, citing it as a big reason for their failed title challenges and disappointments on the continent.

The likes of Jurgen Klopp, Jose Mourinho and Pep Guardiola, the three most continentally travelled coaches in the division, have constantly pleaded for a Winter Break in England's top league and their wish has finally been granted. From Saturday 8th February to Monday 17th February, the round of Premier League fixtures will be staggered out giving each side at least a week out of action to use for recovery days, warm weather training sessions etc.

But who is really going to benefit the most from this new break?

Winter Break enthusiast Jurgen Klopp and his 2019/20 Premier League champions will surely be one of the biggest winners from this year’s gap in fixtures. With their escapades in the UEFA Super Cup and Fifa Club World Cup, the Reds have already racked up 40 games so far this season and have had key injuries to the likes of Alisson, James Milner and Sadio Mane to contend with.

Whilst a gap in the Premier League fixture list might be a welcome sight for the Reds, the issue of the FA Cup has left Jurgen looking like a stroppy teenager. Conceding twice in one half against league one side Shrewsbury led to Klopp’s decision to pull both himself and his first team out of the tie and surrender his U23s to the mighty Shrews. It’s clear to see why Klopp is so keen to see his Reds rewarded with a 14 day break, Liverpool’s gap of 22 points over Manchester City is the largest gap a Premier League leader has ever boasted in the entire history of the tournament.

The winter break will also give Jurgen Klopp a good chance to look over the fitness of key men James Milner, Xherdan Shaqiri and Sadio Mane, who all missed the latest round of Premier League fixtures through injury. 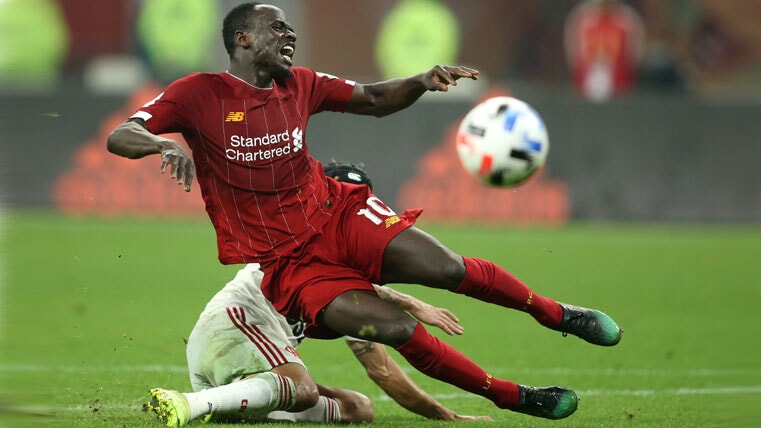 Who’s Going To Be On The Medical Table?

Undoubtedly the biggest plus of this season’s winter break for teams up and down the land is the recovery periods for the sides with the longest injury lists.

There’s always an element of risk when you spend the summer touting up and recruiting the likes of Andy Carroll, running up quite the list of medical bills to pay off by the close of the season. However, Steve Bruce’s Newcastle side have increasingly looked like a club cursed as the season has worn on.

The Toon come into the winter break with the league’s heaviest casualty list, with a whopping 9 players out currently.

Whilst our early season football odds might not have had them tipped for it, Bournemouth and Eddie Howe are still in a tight relegation scrap. The last thing you need when you’re fighting for your lives is a long injury list, however that is exactly what the Cherries are currently dealing with, coming up just behind Newcastle in the injury list table with 7 injuries coming into the break.

The hunt for the top four is really hotting up, with the likes of Spurs, Chelsea, Leicester and Manchester United all showing signs of inconsistency and allowing Sheffield United a place amongst Europe’s elite. The Blades coincidentally have the lowest injury list of any side in the league heading into the break. Ole might be at the wheel, however he’s pushed his car into gear way too many times this season and his injury list of 6 players heading into the break is easily the heaviest of any side in the hunt for Europe.

But will this break prove beneficial for every team?

For the sides hitting a particular purple patch in their season, this year’s winter break could be a slightly unwanted bump in the road. When you’re playing well, you want the games to keep coming thick and fast after all.

Obviously Liverpool are the league’s most in form side, having won all but one of their 25 league games so far this campaign. Perhaps surprisingly, the next best form team in the league is their crosstown rivals Everton. Since the sacking of Marco Silva and the appointment of the dynamic duo of serial Champions League winner Carlo Ancelotti and the ball boy hugging force of Duncan Ferguson, the Toffee’s have won 5, drawn 4 and lost only once (away to Manchester City) in a run that has seen them rise up to 9th in the table.

The Toffees only registered an xG (Expected Goals) tally of over 2.0 goals twice during Marco Silva’s final 15 games, however in the 10 games since his sacking, they have managed to hit that same tally four times already. For Everton, this winter break could see their good form stunted slightly.

Trouble At The Bottom

It really is a testament to the somewhat shambolic nature of most teams in the Premier League that there is still only 10 points separating 6th from 16th, in fact, the likes of Manchester United and Wolves are still closer to the sides occupying the relegation zone than they are to Leicester or Manchester City.

Speaking of the sides in trouble at the bottom, this forthcoming winter break could be the perfect time to sit back and assess what it is they need to keep themselves in the division.

In terms of using the winter break as a time to work on some shooting drills, Watford are still the most wasteful side in the division with an xG tally of +10.26 goals fewer than they have managed to find the net with. Rooted at rock bottom for all but two of the first 19 games of the season, the Hornets’ back to back losses against Aston Villa and Everton have once again left them badly in need of some points. For Nigel Pearson, closing games out has become a real, real problem; the Hornets have registered 66 shots in the final fifteen minutes of games this season and only scored 3 times so far, complete with an xG of +4.41 worse than what they were expected to score and undoubtedly creating the biggest reason our latest football betting markets have them amongst the favourites to be relegated this season.

We could go on for days about how many bad records Ole Gunnar Solskjaer has broken this season during his first full season at the helm of Manchester United. There’s no denying that United will benefit from any time spent away from the football pitch with the form that they’re in, the Red Devils have failed to score in three of their past four games, have already lost eight times in the league and have tough fixtures against the likes of Chelsea, Manchester City and Spurs all looming on the horizon.

United are also operating with the second worst xG tally of any side in the division, running at +6.56 goals fewer than they should have scored. Again, for context, Manchester City’s xG is at +2.53, Wolves’ is at +1.00 and Spurs’ is at a remarkable -7.24 more goals than we would have expected to see them score.

It’s clear that Manchester United are badly lacking in terms of tactical proficiency. Whilst sides like Manchester City have been accused of over tinkering with their sides this season, the exact opposite is the case for United. Solskjaer has employed a standard 4-2-3-1 formation for approximately 2050 minutes of United’s campaign so far, with his various other formations making up just over 300 minutes of league action.

If Solskjaer doesn’t use this winter break as an opportunity to test new systems, styles and formations then United fans could be in for more disappointing days at The Theatre of Dreams.

What do you think of this year’s winter break? Will the break be the thing that takes Klopp to an unbeaten season? Make sure you check out our leading Premier League spreads and top football markets for all of the best and latest odds and offers from the world of sport.