Bayern Munich and PSG will contest the Champions League final in Lisbon on Sunday after both teams secured emphatic midweek victories. PSG eased to a 3-0 victory over RB Leipzig in the first semi-final, and a rampant Bayern Munich then beat Lyon 3-0 the following evening. Both teams are in imperious form right now and the final promises to be a gripping clash between two genuine heavyweights of European club football. We have analysed the key stats for each team to help whet your appetite as the big game draws closer.

42 – Bayern Munich have banged in an astonishing 42 goals in 10 games so far during their remarkable Champions League campaign. That makes them comfortably the top scoring team in the tournament. Eight of those goals came from the left foot, 28 from the right foot and six were headers. Thirty-seven were in the area, five were outside the area and two came from the penalty spot. Bayern are just the fourth team in Champions League history to reach 40 goals, and they now have Barcelona’s record of 45 in their sights.

8 – The German champions have conceded just eight goals in 10 games, and a defence led by David Alaba looks very strong. They have kept four clean sheets in 10 games, including their semi-final victory over Lyon.

+34 – Bayern have a +34 goal difference in the Champions League so far this season, and once again this is the most impressive of any team in the tournament. 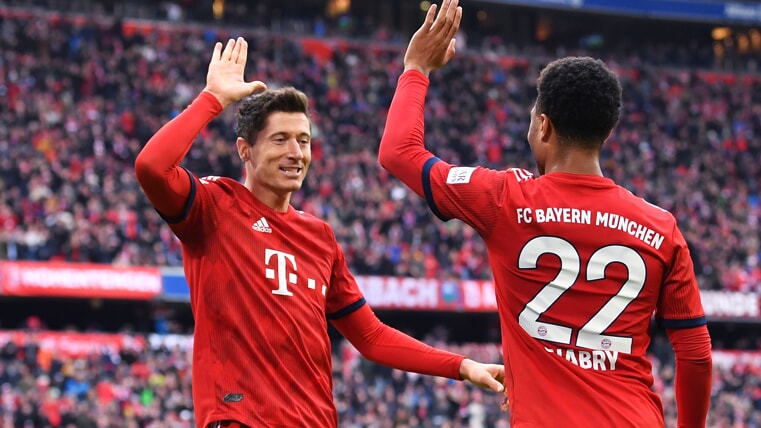 5,943 – Bayern Munich have completed more passes than any other team in the Champions League this season They have a pass completion rate of 88%, which is the joint best along with Man City, Barcelona and Juventus.

61% – Flick’s side have an average ball possession of 61% during the competition. Only Liverpool with 62% have dominated the ball more.

86 – Bayern Munich have had 86 corners in the Champions League, at an average of 8.6 per game. No team has had more corners or more corners per game. They have also had 34 corners awarded against them.

226 – Bayern have attempted 226 crosses in the Champions League, with Alphonso Davies, Joshua Kimmich, Serge Gnabry and Ivan Perisic firing in plenty of balls from the flanks. They have completed 57 crosses. They lead the tournament comfortably in both metrics.

25 – PSG have managed 25 goals at an average of 2.5 per game so far in this competition. They have the second highest goals tally after Bayern Munich, and the third highest average goals figure after Bayern and Salzburg. One of their goals was a penalty and just one came from outside the area, while only four were headers.

5 – PSG boast the meanest defence in the Champions League this season. The French champions have conceded a mere five goals in 10 games. That leaves them with an average conceded ratio of just 0.5, which is the best in the competition, ahead of Juventus and Bayern.

+20 – Thomas Tuchel’s men have earned a +20 goal difference from their 10 Champions League games, which is the second best in the tournament after Bayern.

123 – PSG have had just 123 attempts on goal during the tournament. That leaves them behind six teams, most of whom have played fewer games. Fifty-seven were on target, 45 were off target, 21 were blocked and four hit the woodwork. 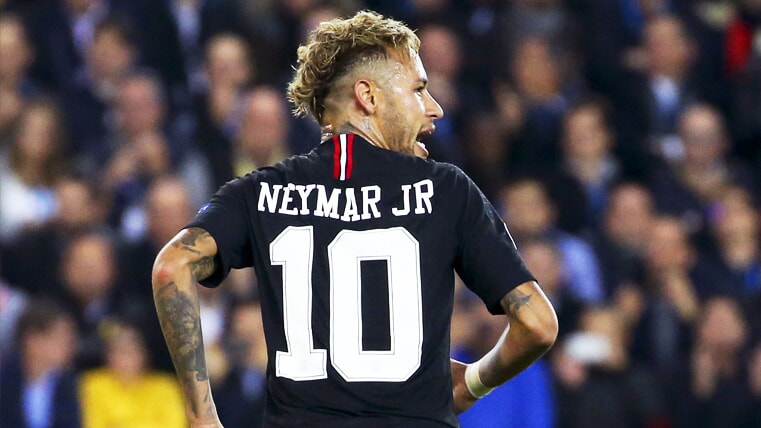 54% – PSG do not dominate the ball to the same extent as their opponents on Sunday. They have averaged 54% possession so far, which leaves them behind Liverpool, Bayern, Man City, Juventus, Bayer Leverkusen, Barcelona and Leipzig.

43 – PSG have been awarded 43 corners in the Champions League this season, which is precisely half the amount awarded to Bayern. They have conceded 41 corners, which is seven more than Bayern.

85 – The Parisians do not play down the flanks as much as Bayern, and they have attempted just 85 crosses in the tournament. Only 18 of those crosses were completed, which is one of the lowest tallies in the Champions League.

170 – PSG have been fouled more times than any other team in the Champions League this season. They have suffered 25 more fouls than Valencia, who are second in the chart, and 81 more than Bayern. They have committed 120 fouls and been shown 26 yellow cards and no reds.

15 – Robert Lewandowski is the leading scorer in the Champions League this season, with 15 goals in just 797 minutes on the pitch. That equates to a goal every 53 minutes, which is the best record in the tournament, ahead of Erling Braut Haaland.

The Polish striker has had 29 attempts on target, nine attempts off target and 12 attempts blocked. Eleven of his goals came from the right foot, four were headers, two were penalties and just one was outside the area. Lewandowski has also provided six assists during his remarkable campaign. That is the joint highest in the tournament, alongside Angel Di Maria of PSG. Lewandowski has now scored in nine consecutive Champions League games, and he is just the second player to score 15 goals in a single season in this tournament, along with Cristiano Ronaldo.

9 – Bayern winger Serge Gnabry fired in a brace against Lyon on Wednesday to take his tally to nine goals for the campaign. That leaves him third in the goalscoring chart after Lewandowski and Haaland. He has averaged a goal every 78 minutes, the third best record in the competition, and provided two assists. Four of Gnabry’s goals came from the left foot, five were from the right, and one was outside the area. He has also hit the woodwork once.

714 – Thiago Alcantara makes things tick for Bayern Munich in the middle of the park, He has completed 714 passes during the tournament, which is more than any other player. He has an impressive 93% pass completion rate.

5 – French superstar Kylian Mbappé is PSG’s leading scorer in the Champions League this season, with five goals in 562 minutes. He is only just returning from an injury suffered in the French Cup final, but he has scored every 112 minutes and he has also provided five assists, meaning he has a goal contribution every 56 minutes.

6 – Argentinean playmaker Di Maria has provided six assists for his teammates during the competition. Only Lewandowski can equal the contribution that the former Real Madrid and Man Utd winger has made. Di Maria has also chipped in with three goals during a very productive campaign so far. Since his Champions League debut in 2007, only Lionel Messi and Ronaldo have provided more assists than Di Maria.

25 – Neymar is the most fouled player in the Champions League so far this season. He has only played 495 minutes due to injuries, but he has been brought down 25 times. He has still scored three goals and provided four assists in that time, and he will be key to PSG’s chances of success alongside Mbappé.

Bayern began the group stage with a 3-0 victory over Red Star Belgrade, before beating Tottenham 7-2 on the road. They followed it up with a 3-2 win away at Olympiakos, then beat the Greek side 2-0 at home. They thrashed Red Star 6-0 in their fifth game, and ended the group stage with a routine 3-1 win over Spurs. The last 16 pitted Bayern against Chelsea, and they won the first leg 3-0, before picking up a 4-1 second-leg triumph to complete a 7-1 aggregate victory.

Bayern Munich’s emphatic 8-2 victory over Barcelona in the quarter-finals sent shockwaves throughout the footballing world. Before the game, we quoted a Total Goal Minutes Spread of 50-54. This refers to the cumulative minutes of each goal in the match. If it had finished 1-1, with goals scored on 14 minutes and 40 minutes, the result would have been 54. In the end, the total result was 466, which is 410 higher than the price that you could have bought at. Anyone that bought at 54 would have earned 410 times their stake, whereas anyone that sold would have had an evening to forget.

Thomas Muller opened the scoring in the fourth minute, before David Alaba sliced in an own-goal three minutes later. Strikes from Ivan Perisic, Serge Gnabry and a second for Muller made it 4-1 at the break. Luis Suarez gave the Spanish side a glimmer of hope when he turned his man and fired home on 57 minutes, but Joshua Kimmich restored Bayern’s three-goal advantage six minutes later when he tapped in after a dazzling run from fellow full-back Alphonso Davies. It remained 5-2 with just eight minutes left on the clock, but substitute Philippe Coutinho – on loan at Bayern from Barcelona – teed up Robert Lewandowski to make it 6-2 and then grabbed a late brace to complete the rout.

The Total Shirt Numbers Index, which refers to the cumulative shirt numbers worn by each goalscorer, also went well over the pre-match quote. Our prediction was 50-54, but two goals for Muller (number 25) and strikes from Kimmich (number 32), Gnabry (number 22) and Perisic (number 14), plus that own-goal for Alaba (number 27), helped the end result reach 183, which is 129 over the buy price that was on offer. It was one of the most remarkable games of all time, and it caused some huge make-ups in our spread betting markets. That saw Bayern enter the semi-final with plenty of momentum, and they eased past Lyon courtesy of two goals from Gnabry and a late header from Lewandowski.

PSG’s progress has not been quite as exciting, but they have displayed superb defensive steel. They opened their campaign with an extremely impressive 3-0 victory over Real Madrid, and then battled to a 1-0 win away at Galatasary. Tuchel’s men thumped Club Brugge 5-0 in their third game, before beating the Belgians 1-0 in Paris. They drew 2-2 at the Bernebeu and then wrapped up their group stage campaign with a 5-0 win against Galatasaray.

The French side suffered a worrying 2-1 defeat against Dortmund in the last 16, but bounced back with a 2-0 win in Paris, courtesy of goals from Neymar and Juan Bernat inside an empty Parc des Princes. They faced a difficult one-legged quarter-final clash against free-scoring Atalanta, and they were on the verge of crashing out, until last-gasp goals from Marquinhos and substitute Eric Maxim Choupo-Moting handed them a smash-and-grab victory. Goals from Marquinhos, Di Maria and Bernat then helped them brush RB Leipzig aside in the semi-final on Tuesday.

We have 8/15 on Bayern lifting the trophy, and 7/5 on PSG. Under 3.5 goals is priced at 17/20 and over 3.5 is 20/21. You can find total match goals, draw no bet, double chance, handicaps, goalscorer markets, correct score betting, Asian goals markets and much more, plus a wealth of Champions League spreads.

Sports fans were treated to a barrage of exciting action as the world returned to a semblance of normality in July...
Read more