Return of the Premier League | The Definitive Guide

The Return of the Premier League: The Definitive Guide

The Premier League will return in a blaze of glory when relegation threatened Aston Villa host Sheff Utd at Villa Park on Wednesday. There will be no fans inside the famous old ground, but a massive TV audience is all but guaranteed. The action then shifts to The Etihad, where Man City will take on Arsenal in another intriguing clash later that evening. It will mark the end of a 100-day hiatus for the English top flight, and the fixtures will come in thick and fast over the subsequent weeks. Read on for the lowdown on what Premier League action will look like in this new age of contagion.

All the remaining games of the 2019/20 Premier League season will be played behind closed doors due to the global pandemic. You can therefore expect to take in a somewhat eerie atmosphere while watching the games on TV. The Bundesliga has been held in empty arenas since it restarted last month, and many viewers have likened it to watching a training game. However, it is interesting to hear everything the players and coaches shout at one another.

Home advantage has vanished in Germany since the action resumed behind closed doors. There have been more away wins than home victories so far, which is highly unusual in football. Teams like Everton, Tottenham, Man Utd and Aston Villa, who pick up most of their points at home, may suffer without a partisan home crowd to roar them on. However, their away form may also improve if they no longer have to deal with the taunts of hostile opposing fans while on their travels.

Teams will have to adapt to working with fewer personnel when the Premier League returns to action this month. They will be limited to just 12 members of their coaching and medical teams, plus 10 directors and executives. Only the 18 members of the match day squad can attend the stadium, along with two players on standby. If a player does not fall into that group of 20, he will have to watch his teammates at home. Many managers and substitutes have worn masks since football has returned in several European countries, but it remains to be seen if Premier League clubs will follow suit.

You should not expect to see a group hug when a Premier League player finds the back of the net in the remaining weeks of the season. Bundesliga strikers have often celebrated alone or simply bumped elbows with their teammates after scoring since the restart. Arsenal striker Pierre-Emerick Aubameyang is one player that will have to ditch his trademark celebration. The Gabonese striker usually performs a somersault before shaking hands with strike partner Alexandre Lacazette, but that would go against Premier League guidelines, so he has vowed to perform some solo dance moves instead if he manages to get on the score sheet. 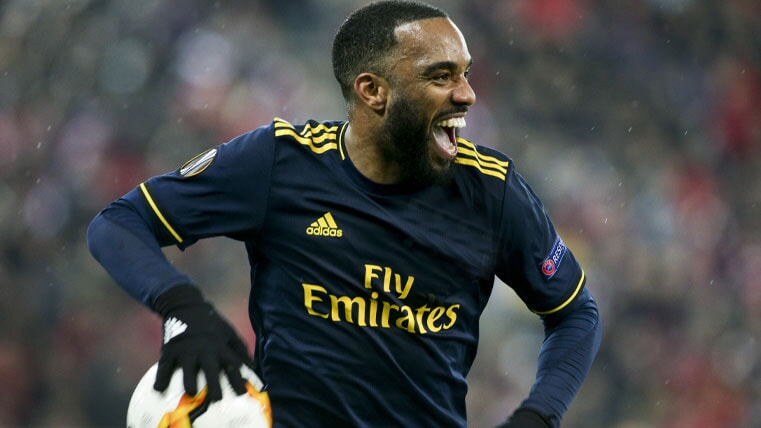 Premier League clubs will be allowed to make five substitutes as opposed to the usual three when the season resumes. Many players will lack match fitness after such a lengthy break, while the schedule looks extremely congested, so Premier League officials sanctioned the temporary rule change. Bundesliga clubs have also been permitted to make five substitutions since football resumed in Germany, and it appears to have benefited the top teams. The likes of Bayern Munich and Borussia Dortmund have been able to bring on several dynamic forwards in the second half of games, allowing them to run the weary opposition ragged. Clubs with small squads and limited attacking options on the bench may struggle to benefit to the same extent.

Every single remaining game of the Premier League season will be shown live on TV. Sky Sports and BT Sports have the rights to most of them, but Amazon Prime will screen a handful of matches and the BBC will also broadcast live games for the first time since the Premier League’s inception in 1992. The BBC has been allowed to show four games, including Bournemouth’s clash with Crystal Palace and Norwich’s game against Everton. However, the pundits will have to provide their expert analysis from off-site studios. Post-match interviews will also have to take place via video link-up, and broadcasters will not be able to do any filming on the pitch.

RB Salzburg players maintained impeccable levels of social distancing when they were presented with the Austrian Cup last month. They had just thrashed Austria Lutenau 5-0 in the OFB-Cup final, but there were no fans to witness the celebrations. The squad had to stand in designated circles on a large sheet that was laid out on the pitch, ensuring they kept their distance from one another. Salzburg captain Andreas Ulmer then wielded the large trophy aloft, but he could not pass it on to a teammate afterwards.

We can expect Liverpool to provide a similarly bizarre spectacle if they wrap up the Premier League title. The Reds are 25 points clear of their closest rivals, Man City, and they could clinch the title in record-breaking fashion if results go their way. We would then bear witness to Jordan Henderson lifting the famous trophy in an empty stadium, with players keeping their distance as he jumps for joy. Fans have pointed out that it seems like a strange protocol when the players have just spent 90 minutes rubbing shoulders on the pitch, but we are living in bizarre times, and many Liverpool fans will just be grateful that the season was not declared null and void. 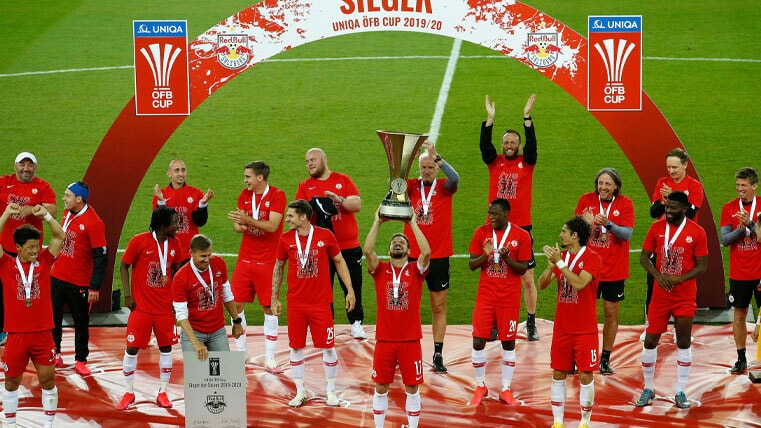 A number of teams will battle it out for a top four finish when the Premier League returns. Once the Aston Villa v Sheff Utd and Man City v Arsenal games have taken place, each team will have played 29 games, meaning there will be nine rounds of fixtures left to play. Just eight points separate fourth placed Chelsea from ninth placed Arsenal, and the Gunners could cut the gap if they get a result at The Etihad. They are significant underdogs in the Premier League odds, but Mikel Arteta could have a few tricks up his sleeve as he prepares to face his former club.

Chelsea, Man Utd, Wolves, Sheff Utd, Tottenham and Arsenal are all in the hunt for a top-four place, and there will be plenty of huge six-pointers between those teams. Leicester are just five points clear of Chelsea, and they were in poor form before the break, so they may also be sucked back into the battle. The Blues are the favourites to hold onto fourth, but Man Utd have enjoyed a strong upturn in form since they signed Bruno Fernandes in January, so they should make it an exciting race.

We can also expect lots of drama at the bottom of the table, with a mere four points separating 15th placed Brighton and 19th placed Aston Villa. If Dean Smith’s men were to win their game in hand, they would climb above West Ham, Watford and Bournemouth, and sit just a point behind Brighton. The Seagulls are the only Premier League team without a win under their belts in 2020, so they will be under pressure when the season resumes. Bottom club Norwich are six points adrift of safety, but they are dreaming of a great escape, so there should be plenty of drama in the weeks ahead.

Liverpool take on Everton in the Merseyside derby when they return to action on Sunday, 21 June. Jurgen Klopp’s men then host Crystal Palace three days later, ahead of a clash with Man City on 2 July. They could clinch the title in any of those games, so Premier League officials will have to keep the trophy on hand in case Henderson needs to perform a socially distanced celebration.

There are a number of key fixtures in the top four race. Chelsea must still take on the top three clubs – Liverpool, Man City and Leicester – along with three relegation threatened sides, and their game against Wolves on the final day could prove to be pivotal. Nuno Espirito Santo’s men appear to have a much easier run in, as they will mainly take on teams sitting below them in the table, but their home game against Arsenal could prove decisive. The Gunners have a difficult fixture list to contend with, and the standout fixture sees them lock horns with Tottenham in the North London derby on 11 July.

Spurs face a huge game against Man Utd when they return to action on Friday, 19 June. They were in miserable form before the break, and they are 7/4 underdogs for that match, while the Red Devils are priced at 6/4 to win the game and the draw is 12/5. Man Utd’s run-in does not look particularly perilous, but their final day game against Leicester could turn out to be of the utmost importance.

There are also a number of ferocious relegation battles to look forward to. West Ham are scheduled to take on Aston Villa on the final day, which could be a tense game for both sides depending on results up until that point. Bournemouth have some tricky games against the top teams to contend with, and they do not face any of their relegation rivals. Brighton will need to pick up points from tough games against the likes of Arsenal, Man Utd, Liverpool, Man City, Southampton and Burnley. Watford’s trip to East London to take on West Ham on 15 July stands out as another key fixture.

The Premier League returns on 17th June and Sporting Index will have you covered all the way with our industry leading selection of Premier League spread betting markets and football odds.

Can You Name Every 2019/20 Premier League Manager So Far?