The world’s finest horses, trainers and jockeys will battle it out for glory during five days of top-notch action at Royal Ascot this week. It is Britain’s richest and most prestigious meeting, and the total prize purse now exceeds £7.3million. It always attracts an elegant crowd, packed full of royals and celebrities, and victory here marks the pinnacle of many trainers’ careers in the sport of kings. Anticipation is reaching a fever pitch among punters, as this year’s meeting is shaping up to be another classic, and you can find plenty of exciting Royal Ascot spread betting markets to enhance the fun.

What is the Royal Ascot Feature Race?

There are only 36 Group 1 races during the entire flat racing calendar, and a massive eight of them take place during this one festival. That is why Royal Ascot is the most important meeting of the year, and it always develops into a huge betting event. But the biggest of the bunch is the Gold Cup, which has provided many memorable moments during its fine history. Yeats’ fourth consecutive Gold Cup victory was spine-tingling, while there was a huge outpouring of joy when the Queen’s filly, Estimate, clinched victory in 2013. It takes place over 2 miles 3 furlongs and 210 yards and it represents the most prestigious staying event in the British calendar. 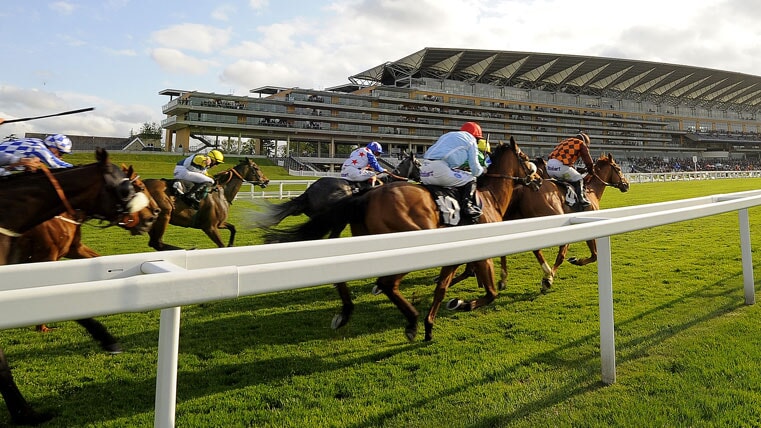 Stradivarius handed Frankie Dettori his 60th Royal Ascot winner in last year’s Gold Cup. The popular Italian treated the 70,000-strong crowd to a trademark flying dismount and was all smiles as he received his medal from Queen Elizabeth II. Torcedor was the long-time leader, but Stradivarius and Vazriabad came on strong down the home straight. It was a nail-biting finish, but ultimately Stradivarius proved too strong for his rivals and justified his status as the favourite by delivering a sensational finish.

Will Stradivarius be Back This Year to Defend his Title?

Stradivarius was on fire last year and he landed the Yorkshire Cup, Gold Cup, Goodwood Cup and the Ebor to earn a £1 million bonus for owner Bjorn Nielsen. No horse had ever previously completed the Weatherbys Hamilton Stayers’ Million, but Stradivarius is no ordinary stayer. He has also landed the Queen’s Vase and the Lonsdale Cup, while he finished last year by seizing the British Champions Long Distance Cup and he secured a second consecutive Yorkshire Cup earlier this year. He will be back at Royal Ascot to defend his Gold Cup crown and that is an exciting prospect.

Who is Current Favourite for the Ascot Gold Cup?

Stradivarius is the favourite to win the Ascot Gold Cup in the horse racing spread betting. Dettori said John Gosden’s chestnut stayer is the pick of his rides at the prestigious festival and he will put up another magnificent fight. Yet he faces fierce competition from the likes of Dubai Gold Cup winner Cross Counter, Dee Ex Bee and Kew Gardens, so we could well be in for another breathless conclusion to the biggest race of the meeting. 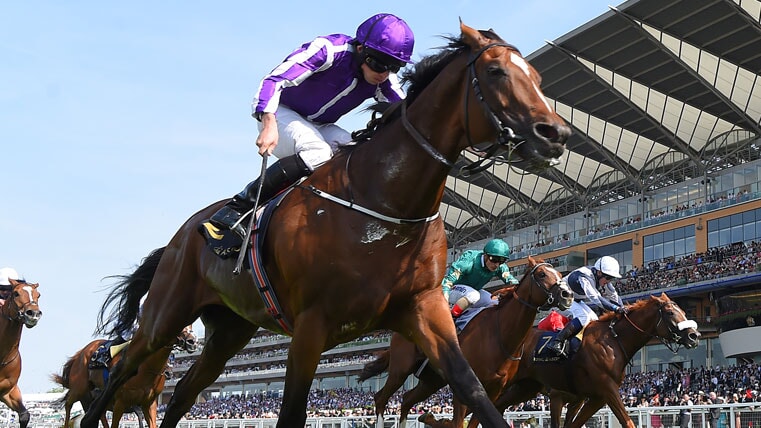 What Other Feature Races are There?

Queen Anne launched Royal Ascot all the way back in 1711 and the first race of the meeting commemorates her. Le Brivido heads the betting at the Queen Anne Stakes, while Mustashry, Barney Roy and Laurens are also in the mix. The exciting Battaash is the early favourite for the King’s Stand Stakes, while Too Darn Hot will bid to put a sluggish start to the season behind him when he battles Phoenix of Spain in the St James’s Palace Stakes.

A strong field will gather for the Prince of Wales’s Stakes, featuring Magical, Sea of Class and Crystal Ocean. Ten Sovereigns, who was unbeaten as a two-year-old and then fifth in the 2000 Guineas earlier this year, heads the betting for the Commonwealth Cup. Hermosa, Jubiloso and Maqsad are in the running for the Coronation Stakes. The final Group 1 race of the meeting is the Diamond Jubilee Stakes, featuring Invincible Army, Inns of Court, The Tin Man and many more.

Which Top Trainers Will Have Horses Running at Royal Ascot?

This is the most important meeting of the year and all the leading trainers in the business will be there. Ballydoyle maestro Aidan O’Brien has won the top trainer title at Royal Ascot for the last four years and he will have another strong hand this time around. He saddles the favourite in at least 10 races and he has many more highly rated horses. John Gosden should be feeling confident as his stable boasts Stradivarius, Too Darn Hot and King of Comedy. Mark Johnston, Roger Varian and Richard Hannon are among the other big names taking part. Varian might even have a chance of leapfrogging O’Brien as the top trainer, as Zabeel Prince, San Donato, Nashua, Qabala, Cape Byron and Defoe all look promising.

Who is Royal Ascot Top Trainer?

Last year, Sir Michael Stoute finally overtook the legendary Sir Henry Cecil as the all-time leading trainer at Royal Ascot. Cecil trained Frankel, the top-rated horse of all time, and he won the St James’s Stakes in 2011 and the Queen Anne Stakes the following year. He saddled 75 winners at Royal Ascot, but Stoute broke the record in 2018, when Poet’s Word landed the Prince of Wales’s Stakes. Expert Eye then won the Jersey Stakes to give him a double on the day and take him up to 77 overall. Yet O’Brien, who secured a record seven wins at Royal Ascot 2016, is on 65 and Stoute’s record may not stay intact for long.

Who is Royal Ascot Top Jockey?

Lester Piggott rode a remarkable 116 winners at Royal Ascot during his glittering career, including 11 Gold Cups. He was a legend of the meeting and his tally is unlikely to ever be topped. Dettori is leading the way out of the current crop, while Ryan Moore has dazzled at Royal Ascot, but Piggott’s record looks safe.

Who are the Horses to Watch?

It is fair to say that Stradivarius is the biggest name at this year’s meeting after his superb exploits in 2018. Yet Battaash will also generate a tremendous buzz and he is extremely popular with punters, while everyone will be keen to see stablemates Too Darn Hot and King of Comedy battle it out in the St James’s Palace Stakes, but Phoenix of Spain was brilliant when winning at the Curragh. Hermosa is a dual 1000 Guineas winner for O’Brien, so she is certainly the one to watch in the Group 1 Coronation Stakes, while it will be interesting to see how Ten Sovereigns fares in the Commonwealth Cup after dropping back to a potentially more favourable trip.

Spread betting is the perfect way to enhance the excitement you feel when watching a big meeting like Royal Ascot. There are individual race indexes, allowing you to predict how well a particular runner will do in a race, while you can also pit two horses against one another in a match bet. You can bet on the winning distances for the entire meeting, while the Favourites Index and the Jockeys Index are also interesting markets covering full meetings. Horse racing spread betting is about much more than just picking the winner and it offers all manner of tantalising possibilities. You can learn more about horse racing spread betting here, so check it out and join in the fun!

The best in the world take on Pebble Beach, can anyone stop Koepka winning a third successive title?
Read more