Second The Best? The Best Solo Premier League Performances Not To Get An Award

It’s natural that the most memorable faces and figures in football history are the ones who were there lifting the trophies at the end of the season. Whether it be inbetween the sticks as a goalkeeper gunning for a Golden Glove, or a talismanic forward racing for the league’s Golden Boot, there are a number of individuals throughout the history of England’s Premier League that haven’t picked up the trophies their performances have warranted.

Vardy’s Heroics Not Enough To Net The Golden Boot

Arguably no player embodied the miracle of the 2015/16 Leicester City Premier League triumph more than Jamie Vardy. The English forward was still playing Conference football with Fleetwood Town in 2012 and had only found the net five times during his debut season in the top flight in the 14/15 campaign.

However, something clicked into place with Claudio Ranieri’s arrival at the King Power that summer, and Vardy begun the 15/16 campaign with goals against Sunderland and Aston Villa. Following his two goals against Arsenal at the end of September, Vardy had already broken his record for the previous campaign.

By now it was clear that the rulebook was out the window for Leicester City, and Vardy continued defying the football betting markets himself by besting the record for scoring in consecutive Premier League games with a goal against Manchester United, his eleventh straight game in which he had scored.

Other highlights included a world class volley from outside the box against Liverpool and a brace against Sunderland which saw him become the first Leicester player since Gary Lineker to score 20 goals in the top flight.

A red card for simulation against West Ham United and a crucial two match suspension would arguably rob Vardy of the Golden Boot for the unforgettable campaign. Vardy’s 24 goals at -1.86 xG (Expected Goals) would have been enough to win the award in all but two of the next six seasons, but he was coming up against an impeccable season for Harry Kane, with the fellow England striker netting 25 goals from all 38 of Spurs’ games.

Nevertheless, Jamie Vardy has still become the face of the greatest miracle in English football and has managed to get his hands on a first Golden Boot after netting 23 in 35 during the 2019-20 season.

After a very middling start to his career in England, David De Gea was well on his way to becoming the next great in Manchester United’s long line of successful goalkeepers by the time the 2014/15 season rolled around.

He had established a reputation for being capable of the odd spectacular save, but this was taken to a new level during Louis Van Gaal’s debut campaign. His performance against Everton at Old Trafford in October was especially memorable, pulling out three vital saves and becoming the first player to keep out a Leighton Baines penalty.

With the likes of Paddy McNair, Tyler Blackett, Phil Jones, Chris Smalling and even Michael Carrick all employed regularly by Van Gaal in defence, and the Dutchman constantly switching up shapes and formations, De Gea was constantly going into games and putting in performances that a relegation-threatened keeper coming up against a top six opponent would expect to put in.

But against all the odds, De Gea rose to the challenge time and time again. The Spaniard was the only Manchester United player to make the PFA Team of the Year and was nominated for both the PFA Player and Young Player of the Year awards after some of the finest displays of goalkeeping ever seen in the league against Arsenal, Chelsea, West Brom, Newcastle and Liverpool.

But despite being the standout player for United and practically dragging the club singlehandedly into the Champions League, De Gea finished the campaign on just 10 clean sheets, four behind Joe Hart’s final total. In fact, 10 clean sheets put De Gea behind the likes of Costel Pantilimon, Ben Foster, Fraser Forster and Simon Mignolet.

Rodgers’ SAS Miss Out On The Title, And Being The League’s Top Scorers

Before Jurgen Klopp and Jordan Henderson dragged the Reds to their first Premier League triumph, the closest Liverpool had come to tasting the trophy was with Brendan Rodgers in the 2013/14 season. 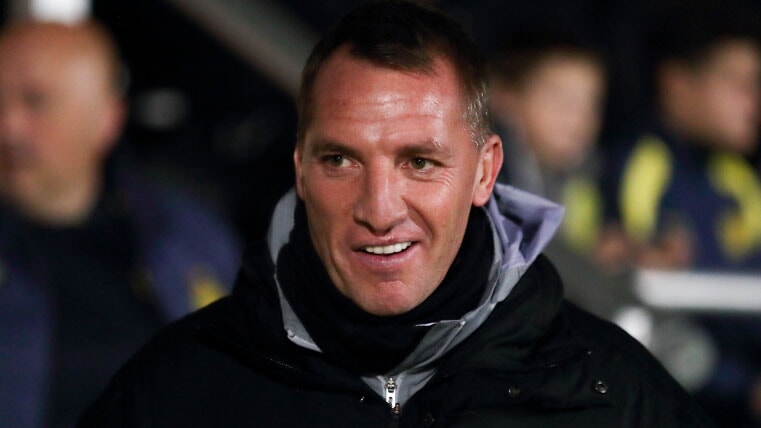 With the ‘SAS’ frontline of Luis Suarez and Daniel Sturridge banging in the goals and being supported by Steven Gerrard and a young talisman in Raheem Sterling, the side established itself as being one of the most daunting to face that the league had ever produced. Suarez in particular stood out, scoring three hattricks on the way to a record-breaking 31 goals and a PFA Player of the Year award.

It was a side that looked every inch a Premier League champion, but infamously saw their season collapse in the matter of two games against Chelsea at Anfield and Crystal Palace at Selhurst Park.

However, despite having a reputation for being one of the most potent sides in Premier League history, Liverpool didn’t even finish the 2013/14 season as the league’s top scorers. The Reds’ 101 goals scored was remarkable, but it ended up being one short of Manchester City’s total following the Cityzens’ 2-0 win over West Ham on the final day of the season.

Edin Dzeko hit 16, Aguero 17 and Yaya Toure a remarkable 20 league goals as Manuel Pellegrini’s side hit 102 goals from their 38 matches, robbing Liverpool of what would have been a consolation title of being that year’s top scoring team.

The 2001/02 season was not a good one for Manchester United. Having crowned themselves as arguably the greatest team to ever play in the Premier League era with their treble win in 1999, Sir Alex Ferguson’s side became the only team to win the competition three times in a row with wins in 2000 and 2001.

With the likes of Andy Cole and Teddy Sheringham now unable to compete with the new generation of strikers such as Thierry Henry or Michael Owen, United strengthened their frontline with the acquisition of Ruud Van Nistelrooy from PSV for a club record £19 million.

And though the season would become defined by Ferguson’s questionable work in the transfer market, with Jaap Stam being swapped out for the 35-year old Laurent Blanc and the likes of Diego Forlan and Juan Sebastian Veron struggling throughout the season, the purchase of Van Nistelrooy proved to be one of his absolute masterstrokes.

In his debut campaign, Van Nistelrooy would hit a whopping 36 goals from 49 appearances, with 23 of those coming in the league. Highlights included a hattrick against Southampton, a brace on his debut against Fulham and a run of eight straight games from December to January where he scored in every single league game.

United would finish the season in a lowly third place behind Arsenal and Liverpool, their worst Premier League finish under Sir Alex Ferguson, and would have to stomach watching Arsene Wenger’s side win the league at their very own ground at the end of the campaign.

Van Nistelrooy is a player who is criminally underrepresented when it comes to trophies, and his impressive haul in 2001/02 wasn’t even enough for him to grab the honour of a Golden Boot. Though he finished ahead of Michael Owen and level with Alan Shearer and Jimmy Floyd Hasselbaink, Thierry Henry’s 24 goals was enough to see another trophy that should have been off to Old Trafford being taken down to North London instead.

What do you make of our memorable performances? Did we miss anyone out? Check out our best odds and offers from the league with our football betting markets, and keep up to date with the latest from the world of sport with our sports betting spread markets.