Serie A Recap: Everything You Need to Know

Everything You Need to Know Ahead of Serie A's Return

Football fans can look forward to a number of exciting clashes when Serie A returns to action this month. It all kicks off when relegation threatened Torino host Parma on Saturday, 20 June, marking the end of a 103-day hiatus for the Italian top flight. Games will then take place most days during the ensuing weeks as the 2019/20 Serie A campaign veers towards a thrilling conclusion.

A Barrage of Action

A last gasp winner from Roberto Inglese handed Parma a 3-2 victory when they met Parma earlier this season. It was a gripping back-and-forth contest, so we should hopefully be in for another exciting game when they meet on 20 June. Verona will take on Cagliari at Stadio Marc’Antonio Bentegodi later that evening, and then there are two huge matches to look forward to the following day. The league’s top scorers, Atalanta, will face a stubborn Sassuolo side, and title-chasing Inter will take on Sampdoria at the San Siro on Sunday evening.

The action will then come in thick and fast. There are three games on Monday, 22 June with Juventus and AC Milan both in action, while Napoli’s trip to Verona is the highlight on 23 June. Each Serie A team still has 12 or 13 fixtures left to play, so we will bear witness to a barrage of action before the season finally concludes on 2 August.

Games will generally be held at 4.15pm, 6.30pm and 8.45pm UK time, with matches taking place most days. Stadiums will be limited to just 300 spectators due to restrictions, but TV audiences will be able to watch the likes of Cristiano Ronaldo, Ciro Immobile and Lautaro Martinez in action once again. We will have a number of Serie A odds and football spread betting options on all the games to help you boost the excitement.

The Serie A Title Race Hots Up

The battle to win the Serie A title is teetering on a knife-edge. Reigning champions Juventus and heavy-spending Inter looked poised to engage in a fascinating two-horse race for glory after both teams made scintillating starts to the season. Inter fell behind in the title race after losing twice on the bounce before the campaign was halted, leaving them nine points adrift of Juventus. However, Lazio went on an absolute tear throughout the winter and they now sit just one point behind Juve.

Simone Inzaghi’s men have not suffered a Serie A defeat since losing 1-0 to Inter on 25 September, 2019. They looked off the pace when drawing back-to-back games against Bologna and Atalanta in October, but Lazio then embarked upon an 11-game winning streak, which culminated when they thrashed Sampdoria 5-1 on 18 January. They then picked up a 1-1 draw against Roma in the derby, beat Spal 5-1, drew with in-form Verona and then rattled off four straight wins against Parma, Inter, Genoa and Bologna.

The season freeze came at a disastrous time for Lazio, as their momentum was phenomenal. It will be interesting to see if they can recapture that form when play resumes.

Inter however, may be grateful for the break. Their title challenge was flailing after they lost 2-1 to Lazio and 2-0 to Juventus prior to the enforced break. However, they are just eight points behind Lazio and nine behind the Bianconeri, with a crucial game in hand. Juventus remain the favourites to win their ninth straight Serie A title, but they lost two of their six matches before the break and Lazio tore them apart in the Supercoppa, so their dominance is certainly under threat.

They are trying to play more expansive football under Maurizio Sarri, and it will be fascinating to see if they can hold off Lazio’s charge in the remaining weeks of the season. The biggest remaining fixture of the season will see Juventus host Lazio for a potential title decider on 20 July, so mark that one in your diary. 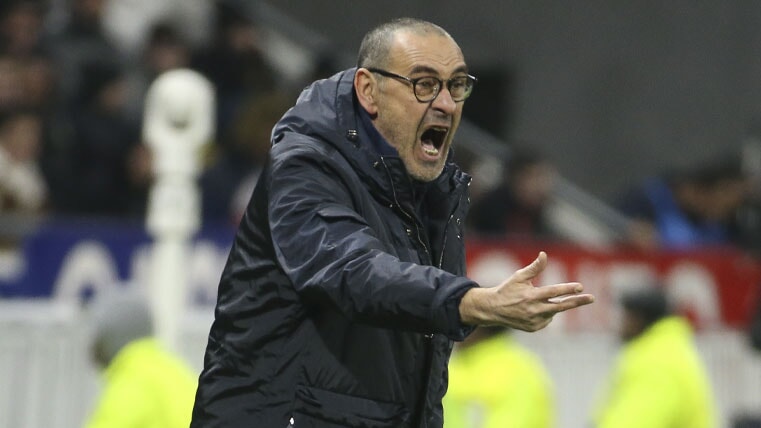 Atalanta are the great entertainers of Serie A. They have banged in 70 goals in just 25 games so far this season, which is 10 more than any other team. However, they have also conceded 34, as they are often involved in high-scoring, end-to-end clashes.

They picked up four wins and a draw from five games before the break, and they also swept Valencia aside in the last 16 of the Champions League, so they were also in great form before the freeze.

Gian Piero Gasperini’s side are three points clear of fifth placed Roma, but they have a game in hand. Roma ended a three-game losing streak when they thumped Lecce 4-0 on 23 February, and they seized a thrilling 4-3 victory over Cagliari before the season was paused. They will now bid to overhaul Atalanta in the remaining weeks of the season, but they will need to improve defensively if they are to pull it off. They have scored 19 fewer goals than Atalanta this season, and they have conceded 35 times.

Napoli won five out of six games before the break, lifting them up to sixth in the table. They are six points behind Roma, and three ahead of Milan. They will now try to hold off Milan and nail down the final Europa League place. It has been a tumultuous campaign for Napoli, who sacked Carlo Ancelotti in the early days of his reign and faced a player revolt, which resulted in them imposing €2.5 million in fines on the first-team squad. However, Gennaro Gattuso has seemingly steadied the ship, and they are in pole position for that Europa League spot, but anything could happen when play resumes.

The Serie A Relegation Battle

Brescia took just one point from six games before the break. That left them rooted to the foot of the table with just 16 points from 26 games. Spal’s five-game losing streak ended with a 1-0 win away at Parma, leaving them on 18 points. Lecce occupy the final relegation place, with 25 points. They lost twice in a row before the break, but they did win their previous three games.

Genoa could also be forgiven for cursing the need to suspend the season. They had won three out of four matches and that saw them climb out of the drop zone. Genoa are level on points with Lecce, but they have a slightly better goal difference.

Sampdoria are just one point clear of Genoa and Lecce. Torino are only two points above the relegation zone, and they had lost six in a row before the season was suspended, so they were probably grateful for the opportunity to regroup.

Udinese are one point above Torino and winless since 12 January. Just three points separate 14th placed Udinese and 18th placed Lecce, so the relegation battle should be just as exhilarating as the Serie A title race.

It will also be interesting to see if Ronaldo can secure individual glory by overhauling Immobile in the Capocannoniere race. Immobile leads the way with 27 goals, and Ronaldo is six behind, but the Portuguese superstar has a habit of firing in hat-tricks, so he could muscle his way back into contention in the weeks ahead. There is plenty left to play for in Serie A, so it will be an unmissable spectacle.

Will Juventus claim another Serie A title? Check out the latest Serie A odds and spreads at Sporting Index.