Six Nations 2020: Key Tournament Talking Points Ahead of Round Four

We have now passed the halfway stage of the Six Nations and the table has taken on an intriguing shape. A rejuvenated France lead the way after winning all three of their matches so far, but England and Ireland are clinging to their coattails. It is all to play for as we approach the final two rounds of fixtures, and there are some exciting contests on the horizon. These are the major talking points so far:

Ireland were scheduled to host Italy at the Aviva Stadium this weekend, but it has been postponed due to fears over the novel coronavirus. Covid-19 has infected at least 1,600 people in Italy and the death toll has gone past 75. Several towns in Lombardy have been in lockdown as authorities scramble to contain the virus. Many countries have banned arrivals from Italy in a bid to protect their citizens, and the decision was taken to cancel the weekend’s game.

That has thrown the Six Nations into chaos. England prop Mako Vunipola has also gone into self-isolation as a coronavirus precaution and will not face Wales in the Six Nations on Saturday. Wales’ final clash against Scotland in Cardiff is being kept under special review over coronavirus fears, and we can expect further disruption to the remainder of the tournament.

France are enjoying an impressive renaissance right now. They opened their Six Nations campaign with a shock victory over World Cup finalists England, and they have maintained that strong form throughout the tournament. They eased past Italy in their second game, but they were underdogs for their trip to Cardiff to face Wales. Les Bleus sent a collection of brazen youngsters into battle at the Principality Stadium, and they delivered an electrifying performance. Romain Ntamack led the charge. He seized upon a poor pass from Nick Tompkins to run in a 40-yard interception try, and he impressed with his kicking throughout. 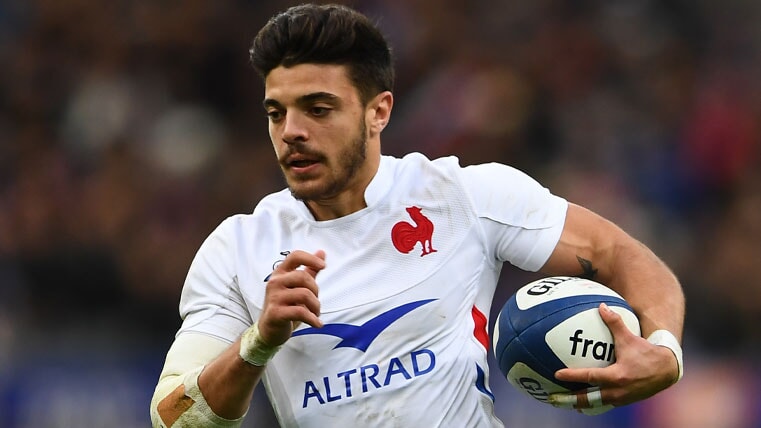 Ntameck is now the tournament’s leading points scorer, and French fans have a new hero to rally around. He has 39 points, including seven conversions, and he also leads the tournament with three try assists. Ntamack is just 20 years old, but he is blessed with prodigious talent, matinee idol looks and a level of maturity that belies his tender age. He embodies the optimism that surrounds this team right now, as players that won consecutive junior World Cups begin to deliver upon their promise. France are now the tournament favourites in the rugby spread betting markets, and they can take a giant stride towards clinching the trophy if they beat Scotland at Murrayfield on Sunday. They are also the clear favourites in the rugby odds to do precisely that. French fans can afford to feel optimistic right now, as their young team is developing nicely and the next World Cup takes place on home soil.

We all know that Itoje is an absolute juggernaut on the pitch. He stands 6ft 6ins tall and weighs in at 110kg, but he is blessed with phenomenal pace and athleticism too. That makes him a terrifying prospect. With all due respect to Ebden Etzebeth and Brodie Retallick, it is hard to think of a better lock in the game than Itoje. He is ferocious in the tackle, devastating at lineouts and full of raw explosiveness. He can steal possession a flash and drive his team forward at will. Itoje has 55 successful tackles already at this tournament, leaving him second only to Bernard le Roux. Owen Farrell is the England captain, but Itoje has emerged as a leader of the forwards. At just 25 years old, he is already a mature player in this squad, as evidenced when he kept Ellis Genge in check last time out. It is not too late for England to win the Six Nations, but it has been a mixed tournament for Eddie Jones’ men. The main positive is the form of Itoje, as they can build a team around him for years to come.

Many Irish fans expected Farrell to make sweeping changes to the starting XV after replacing Joe Schmidt in the hot seat. However, 13 of the players that featured in the World Cup win over Scotland in Yokohama also lined up against the Scots in their Six Nations clash. Ireland were comprehensively outplayed by the All Blacks in the World Cup quarter-finals, and the onus is on Farrell to rebuild this team, so fans may have been frustrated by the lack of changes.

However, Ireland have plenty of talented stars, and Farrell’s evolution may be more to do with style than personnel. They have won two out of three so far, and there have been a few promising signs for the Irish. One big change is at full-back, where Jordan Larmour is now preferred over Rob Kearney. The 22-year-old has been thrown in at the deep end, but he has shown the potential to help improve his team’s fortunes. He has made 280 metres at the tournament, which is the second highest tally of any player.

Wales title defence lies in tatters after they suffered back-to-back defeats against Ireland and France. However, both defeats came down to fine margins. Their forwards dominated the Irish for large swathes of that game in Dublin, but a series of unforced errors thwarted their attempts to clinch victory. It was a similar story in Cardiff, where France profited from more infuriating Welsh errors. Needless fumbles, misplaced passes and a general lack of cohesion have proved their undoing at this tournament. It must be maddening for their fans, as overall they have been playing some fantastic rugby, but it all comes down to fine margins and they have been found wanting at key times.

Stuart Hogg endured a nightmare start to his new role as Scotland captain. He spilled the ball over the try line under no pressure whatsoever, and had to apologise for his “schoolboy error”. It cost his team dearly, as they lost 19-12 in Dublin. Another costly error came in the 13-6 defeat to England, as he needlessly conceded a 5m scrum from which the English scored the winning try. Yet Gregor Townsend backed the talismanic Hogg to the hilt, and he responded with a sensational solo try to inspire his team to victory over Italy last time out. It was his first win as captain, and it should provide his team with a massive confidence boost as they prepare to host France this weekend. Hogg now sits comfortably in the top five for metres made at the tournament with 264, and he will be pleased to put his struggles behind him.

Can England pile the pressure on France with a win against Wales? Stay tuned to the latest Six Nations odds.