The Masters: Can Spieth Triumph Again at Augusta?

Jordan Spieth has had a torrid time since clinching his third major championship at Royal Birkdale back in 2017. At one point he slipped to as low as 92nd in the world rankings and has been through struggles with all facets of his game since that victory at the Open.

However, after a return to form more recently, including ending a winless run which lasted 1,351 days at the Valero Texas Open on Sunday, the 27-year-old returns to a golf course he adores with a glorious opportunity to land himself a second green jacket.

After a victory in his home state of Texas to go with three other top 5s in his last six starts, he finally looks to be working his way back to the top of his game. Not only has Spieth managed to produce some fantastic results in recent weeks, but he seems to have found some much needed consistency too.

Back inside the world's top 50 again, his strokes-gained readings also back up his return to form, showing it's not only because of a red-hot putter. In fact, he's now finished in the top 10 for strokes-gained tee-to-green at the Phoenix Open, Pebble Beach, Bay Hill and in Texas last week.

What's quite remarkable is that his return to form has coincided with some good putting, but hardly his best. The American is renowned for that part of his game, but he has only finished in the top 10 in strokes-gained putting in one event this season, the Valero Texas Open last week.

Following his win on Sunday, he has also hinted at how confident he is with his whole game heading into the Masters compared to recent years, saying: "I'm probably about as confident as I have been since maybe the 2017 time frame. I came in when I was striking it pretty well and just looking to make little bits and pieces of progress."

"It's not as clean as I want it to be and I can feel that, but it's close enough to where If I need to hit a shot and put it in play, I've got a ball flight that I can do that under pressure. That was the biggest takeaway from last week going into this week," he added.

When it comes to talking about Augusta National, the surroundings, the golf course, the memories, the history, the 2015 champion can't help but wax lyrical about it. "It's heaven on earth to me," Spieth said in 2016.

"First time I walked on the grounds and it felt like I wasn't even on real grass. It felt like I was walking on a video game, like they'd rolled in these giant mats and that's grass. Nothing was out of place."

What's most important is that it allows him to express himself. Spieth is very much a feel player, and there is no place like the Masters for him when it comes to really dialling it in both on and around the greens.

"The imagination and feel that that golf course requires is so unique," he has said previously.

Thankfully his form has peaked at just the right time and he arrives at the Masters off the back of a win, but even that doesn't seem to make much difference to him when it comes to playing at Augusta anyway, signalling how comfortable he is at this golf course.

"Almost like regardless of form, regardless of if you just won or if you've missed the previous cut, it really makes no difference to me in my confidence level when I pull into Magnolia Lane," Spieth said.

In 2015, Spieth stormed to his first Masters victory and first major championship, breaking records along the way. A new record 36 and 54-hole score, while finishing on a record-tying -18 at the 72-hole mark, it was a flawless performance in only his second appearance at Augusta.

Wearing a green jacket even once is an undeniably great privilege, but it hasn't always been smooth sailing for Spieth in Georgia. Having had the lead so many times and known to be such a good closer, it's somewhat surprising the American is still searching for his second win at the Masters.

On his debut in 2014, Spieth, alongside Bubba Watson, held the 54-hole lead, and was even leading by himself eight holes into his final round on the Sunday. After falling behind his fellow American though, he would never recover as Watson won his second Masters.

In 2016, as he attempted to defend his title, Spieth again had the lead on Sunday, and by an even bigger margin. Through nine holes the American had a five-shot cushion and looked certain to retain his green jacket for another year, only to go bogey-bogey-quadruple bogey, allowing Danny Willett to come from behind and win by three strokes.

Finally, in 2017, the last time he had a real opportunity to win at the Masters, Spieth was only two shots behind heading into the final round, an ideal position for somebody with such a strong record at Augusta. Yet again though, a disappointing final round meant he fell out of contention and had to settle with a tie for 11th. 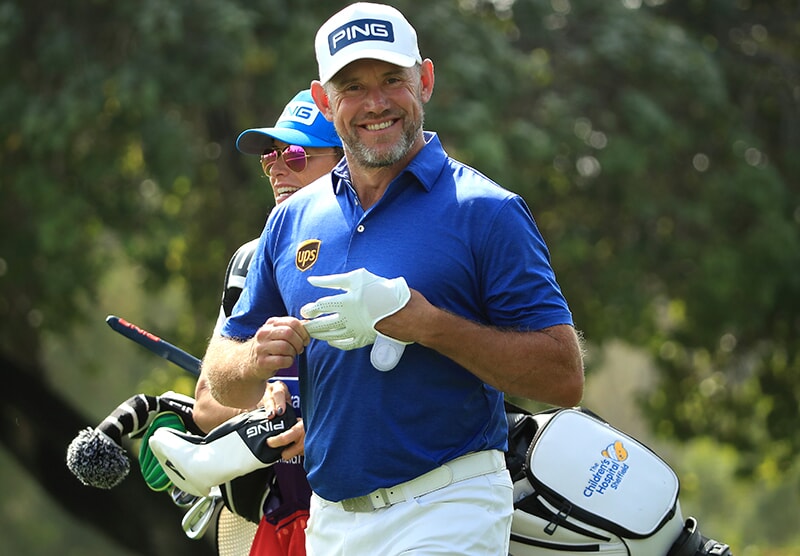 Competition From the World's Best

Spieth may be playing well, but it will still be an uphill task to beat some of the world's finest players to this year's green jacket. Dustin Johnson, who was phenomenal in November to clinch his first Masters, is still as dangerous as ever, while Bryson Dechambeau won at the Arnold Palmer less than a month ago.

Rory Mcilroy too, is still searching for his first victory at Augusta and will be eager to join an elite club of players who have completed the grand slam. Similarly, Brooks Koepka, who has been struggling with injury, is back in the field this week and will be out to prove a point to his doubters.

Even veterans Lee Westwood and Sergio Garcia have been in fine form lately in the build-up to the Masters. Westwood came incredibly close to taking down Dechambeau at Bay Hill, while the Spaniard led after day one at Sawgrass and played some enthralling golf at the WGC-Matchplay despite bowing out early.

Like November, it will without doubt be one of the most competitive Masters tournaments in its history. With the talent at the top of the game currently, it's possible for almost anyone to slip on the green jacket in 2021, but Spieth in his current form should be a match for anybody.

Sporting Index makes Spieth joint fourth favourite to win the tournament at 11/1, with only Johnson (9/1), Dechambeau (9/1) and Justin Thomas (10/1) ahead of him in the betting. Alternatively to the outright market, you can get 11/4 on Spieth for a top 5 finish or 6/5 for him to finish in the top 10.