Spread Betting on Corners: Are You Missing Out?

Spread Betting on Corners: Are You Missing Out?

This is part of a regular series analysing some of the more specialist spread betting markets. Here, we examine the popular corner markets - some of which you cannot find at any ordinary bookmakers.

The most popular corners market is known simply as the Total Corners Market. This relates directly to the number of corners expected in a game, but bettors can also wager on the total corners won by an individual team. 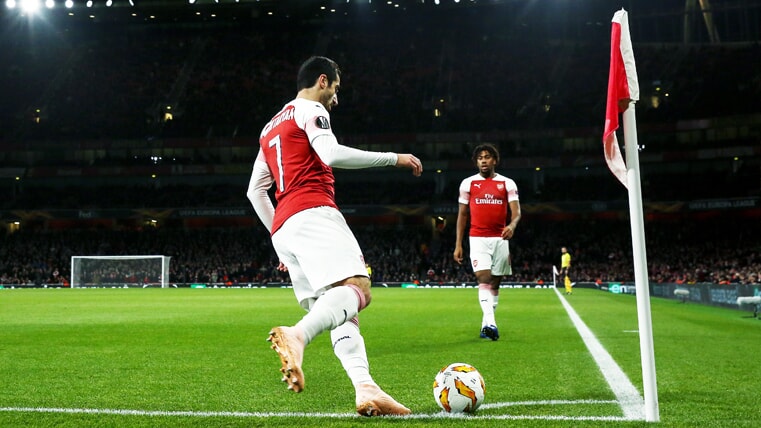 Using the spread for November 2018's Manchester derby as the model, this is how bettors can win and lose spread betting on corners:

Ahead of kick off, the spread for total corners was set at 10.5 - 11 so those expecting a nervy match with few corners and lots of ball retention may have wagered (say £10) on the sell price of 10.5, hoping for the match to produce 10 corners or fewer to come out on top.

However, had you anticipated an end-to-end encounter - with Manchester City abandoning the cautious-yet-efficient passing game so characteristic of a Guardiola setup - wagering £5 on the buy price would mean pinning your hopes on the total number of corners in the match exceeding 11.

As the match produced just six corners, the buy price (11) is deducted from the settle price (i.e. the final number of corners in the match - 6) for a negative make-up of -5 (6-11 = -5). Consequently, you would lose five times your initial £5 stake.

Corner Supremacy relates to which team wins the greater number of corners, with wins and losses determined by how many more (or fewer) corners one team gets than the other. To analyse this market, we will use Crystal Palace's home meeting with Tottenham on 10th November 2018.

Ahead of kick off, the spread for Tottenham Supremacy was 0.25 - 1.25, suggesting Spurs were more likely to win more corners than their rivals. In the end however, Palace won 10 corners to Tottenham's six, resulting in a corner supremacy of +4 in Palace's favour.

Wagering £2 on the buy price, you would be looking for Tottenham to get at least two more corners than Palace for any payout. However, with Palace getting four more corners than Tottenham, resulting in a negative make-up that is calculated as follows: [ 4 (settle) + 1.25 (buy price) ] = -5.25, giving you a loss of 5.25x your initial wager (in this case: -£10.50). 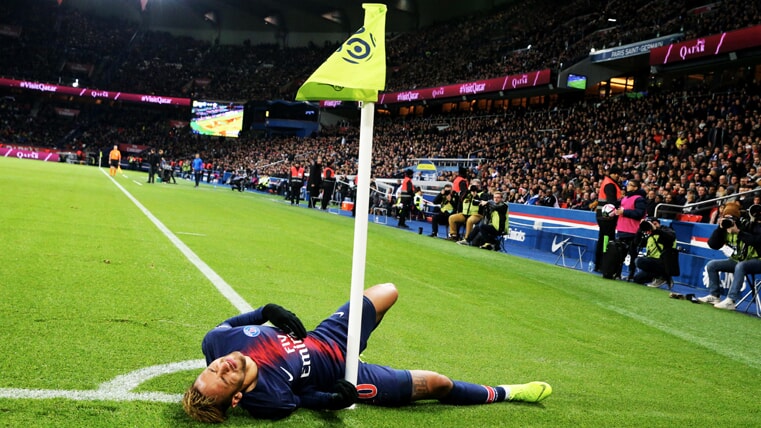 While total corners and corner supremacy are the two most popular corners markets, there are a number of other fun ways to make use of corners in your spread betting.

Multi-corners is the total number of corners awarded in the first half multiplied by the number awarded in the second. Again, this can be the tally accrued by both teams or just one team.

Meanwhile, corners squared is where the wins and losses can vary dramatically, as the number of corners in a match is then multiplied by itself. Here, we will use the Steel City derby (Sheffield United vs Sheffield Wednesday) played on 9th November 2018 as the example.

Sporting Index set a spread of 135 - 146 ahead of this hotly anticipated fixture. The match ended goalless, but there were plenty of crosses and downfield long-balls being pinged into the penalty area, resulting in a total of 16 corners.

Though the actual number of corners awarded was only 5.15 above the buy price in the totals market, this game provides a clear illustration of just how much difference only a few corners above/below the spread can make in the corners squared market.

Of course, the potential losses can also be more significant with corners squared. For example, any bettor placing £2 on the sell price would have ended up with a negative make-up of -121, and lost 121 times their stake (£605).

Another popular corners market is the 1st corner market, with the time of the first awarded corner (either in the match or team-specific) acting as the value across the spread.

A corner awarded in the 1st minute means a settle price of 1 whereas a corner in the 90th minute (assuming it was the first of the game) would see the market settle at 90. The time values are used in relation to the spread prices to calculate how much you would win or lose.

Why Consider Spread Betting on Corners?

The corners market is an extremely exciting option when it comes to betting on the football as it gives you the opportunity to wager on certain markets that do not settle until the very last minute of the match and the wins (and losses) can be huge. It can turn an otherwise dull 0-0 into a thrilling spectacle. You might be hoping for as many corners as possible, or similarly you might be wishing the ball stays as close to the half way line as possible!

Fast, counter-attacking football is now the staple of the top leagues in Europe and South America, and even Europe's `old masters' are now bringing this craft to leagues like the MLS, J1 and Chinese Super League.

With this new trend, wider players that may have once been expected to stay back and launch crosses towards the target man are now increasingly encouraged to get forward. For instance, Mo Salah's status as Premier League top scorer of 2017/18, despite being a wide player, is arguably one of the most topical examples of this in practice.

In the case of high-stakes matches, opponents often drop deep and then commit to the tackle. Naturally, the closer the ball is to the by-line at the time of commitment, the higher the chance of a corner, and this empirical fact is but one reason that the corners market is more of a draw than ever.

Regardless of how the modern game shifts towards an emphasis on counter-attacking, the keys to success will remain the same. To be successful in the corners market, you need to know the formations and typical game plans of the teams in question.

For example, when dealing with the 1st corner time market, consider whether teams like to attack from the off, safe in the knowledge that they should have the superiority to blow away their opponents without prolonging the kill.

Alternatively, there may be teams that only come alive in the second half or play down the middle, or focus on wide play, or employ a cultured passing game. It is this variation in the specific elements of gameplay that will sustain the dramatic nature of corners markets, making it a particularly exciting choice for football spread betting.

Want to try your hand at spread betting on corners? Sporting Index have a wide range of exciting football spread betting markets available on hundreds of matches every week.

Jumps racing fans always get excited for the three-day Cheltenham November Meeting and the prestigious contests it encapsulates.
Read more

The irrepressible Novak Djokovic goes into the ATP Finals in magnificent form after storming to the top of the world rankings.
Read more

England, Wales & Ireland are full of confidence after securing strong wins during the opening round of autumn internationals.
Read more

Juve made the biggest statement of intent in Group H, when winning 1-0 at Old Trafford. They look to complete the double in Turin.
Read more