Sporting Index made thousands of predictions on a whole host of sporting action during a ferocious March schedule. Some of our predictions proved to be wildly off-kilter. These are the biggest spread betting make ups of March:

Tatum Inspires Celtics to Victory in the NBA

Jayson Tatum was the star of the show as the Boston Celtics clinched an important victory over the injury-depleted Toronto Raptors on 5 March. The Raps were missing Pascal Siakam, Fred VanVleet, OG Anunoby, Malachi Flynn and Patrick McCaw, plus coach Nick Nurse and several members of his staff, due to Covid-related health and safety protocols. The Celtics took full advantage by outlasting their East Conference rivals and securing a 132-125 victory. Tatum put up 27 points and 12 rebounds, while Jaylen Brown added 21 points and seven rebounds. Before the game, we offered a total points spread of 220-224, so the result of 257 was 33 above the buy price. That was the greatest NBA total points discrepancy of the month, ahead of 32 in the game between the Timberwolves and the Lakers, and 31 in the clash between Dallas and Orlando.

A Classic in Canberra

The Queensland Reds gained sweet revenge for last year’s Grand Final defeat when they beat the Brumbies in a thriller on 13 March. The reigning premiers raced into a seemingly unassailable 17-0 lead after just 14 minutes. The Reds tried to claw their way back into the game, and trailed 24-16 at the break, but the Brumbies opened up a 31-16 lead in the second half. They appeared to be cruising to victory, only for Queensland to stage a remarkable late rally to turn the game around. The Reds took the lead for the first time in the 77th minute and held on for a two-point triumph, maintaining their unbeaten start to the 2021 season. There were 40 points in the first half and 38 in the second, so the Match Multi Points result was 1,520, which is 1,029 above the pre-match buy price. 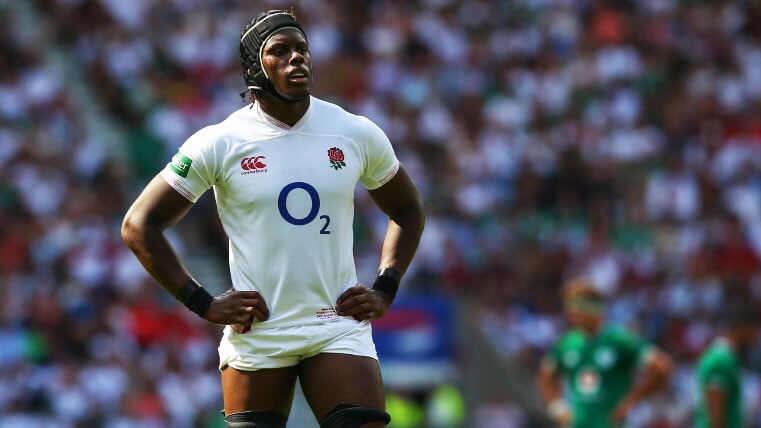 England slumped to their worst Six Nations finish in 34 years after losing 32-18 to Ireland on March 20. Keith Earls and Jack Conan crossed for superb first-half tries, while Johnny Sexton kicked 22 points to complete the rout. England went into the game as 2-5 point favourites in our Match Supremacy Index market, but ended up losing by 14 points, meaning that the result of -14 was 16 below the sell price. It ensured a respectable third placed finish for the Irish, while England ended up fifth.

Scarlets Fight Back Against Connacht

Scarlets secured a Champions Cup spot in dramatic fashion by battling back from 33-12 down to beat Connacht in their final Pro 14 game of the season. The Welsh team trailed by 23 points at the break, and their dreams of earning a place in Europe’s top tier next season lay in tatters. However, they scored 29 points unanswered in a spectacular second-half display, and Jack Carty’s late penalty proved to be a mere consolation as Scarlets secured a 41-36 victory. On the same night, Edinburgh lost to Cardiff Blues at Arms Park, meaning Scarlets qualified for the Champions Cup. The Multi Points Index – calculated by multiplying the total points scored in the first half by the total points scored in the second half – worked out at 1,440, which was 777 ahead of the buy price.

NBA MVP favourite Luka Doncic outshone Damian Lillard in a blowout victory for the Dallas Mavericks over the Portland Trail Blazers. The two superstars scored 12 and 11 points respectively in the first quarter, but Dallas pulled away in the second quarter, opening up a nine-point lead at half-time. Doncic simply grew in stature as the game wore on, and he finished with 37 points, four assists and seven rebounds in just 29 minutes on the court. He was unplayable at times, and he led the Mavs to an emphatic 132-92 victory. We made them the 1-4 point favourites before the game, but the result of 40 was 36 above the buy price.

A Slugfest in Maharashtra

England and India put on an entertaining spectacle in the second ODI in Maharashtra on 26 March. Eoin Morgan won the toss and decided to bowl first, and India were removed for 336. KL Rahul hit 108 for the hosts, while Rishabh Pant hit seven sixes in a knock of 77 off 40 balls before he was bowled by Tom Curran. England were handed a tricky run chase, but they hunted it down in ruthless fashion. Ben Stokes was in devastating form, smashing 10 sixes en route to scoring 99 from just 52 balls. Johnny Bairstow hit 124, including seven sixes, and England eased to a six-wicket victory. There were 34 sixes in total, which was well above the pre-match quote of 15-16. Our Multi Sixes price was 58-66, and the result was 280, while our Match Sixes Squared Prediction was 240-270, but the result was 886 above the buy price.