Super Sporting Saturday on the Spreads

Super Sporting Saturday: A Knockout of Sporting Excitement on the Spreads

Sports fans are in for a real treat on Saturday thanks to the amazing breadth of exciting events taking place around the world. Exeter take on Saracens in rugby union’s Gallagher Premiership final and it promises to be a thrilling clash between the best two teams in the land. Some of the finest thoroughbreds in the business will descend upon Epsom to battle it out for glory in the Derby, the richest and most prestigious race of the year. Over in Madrid, Premier League rivals Liverpool and Tottenham will contest the Champions League final. Then there is the small matter of Anthony Joshua’s heavyweight title defence debut in the States against Andy Ruiz Jr. inside Madison Square Garden. Clear your diary, make sure you’re comfortable, get your spread bets in and enjoy watching the action unfold. 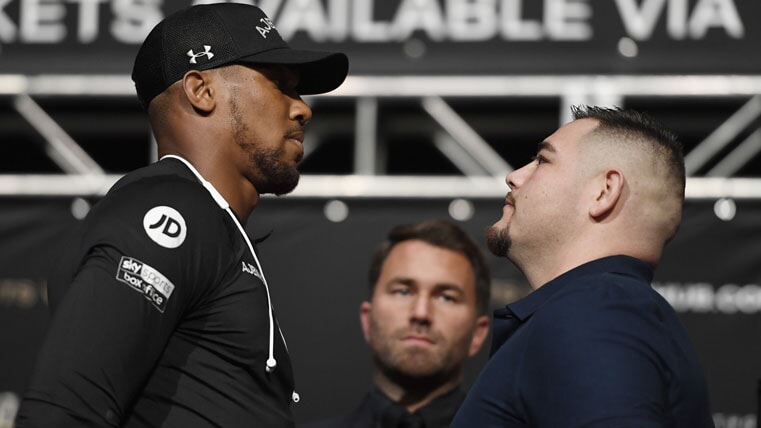 Saracens powered to victory against Irish side Leinster in the European Champions Cup Final earlier this month and now they are bidding to complete the double. The reigning champions could only finish second in the table after winning 16 of their 22 games and that landed them in a tricky playoff semi-final against Gloucester. Yet Sarries swatted their opponents aside in insulting fashion to surge into this final against a familiar foe.

Exeter Chiefs finished top of the table and then breezed past Northampton last weekend to set up another clash with the boys in black. They lost to this team in the 2016 and 2018 Premiership finals and will be desperate to inflict revenge at Twickenham on Saturday. The Chiefs claimed their only Premiership title in 2017, when Saracens had an off season, and they are bidding to disrupt a dynasty once more.

Out traders have priced the Supremacy Market at 9-6 in favour of Saracens in the rugby spreads. It finished 31-13 to Exeter when these teams met in Devon in December 2018, and Saracens picked up a thumping 38-7 win against Exeter earlier this month in the penultimate game of the regular season. England international Maro Itoje was immense for Saracens in that game and it will be interesting to see if Dave Ewers and co can stop him this time around.

Flat racing’s showpiece event takes place at Epsom on Saturday afternoon and has attracted a stellar field of talented three-year-olds. The Derby carries a £1.5 million prize purse, making it the UK’s richest race, and nothing beats it in terms of prestige. Ballydoyle maestro Aidan O’Brien is aiming to win it for a record equalling seventh time and he saddles the favourite, Sir Dragonet, who is unbeaten in two starts so far in his fledgling career. O’Brien will have a strong hand for this race and he also has high hopes for Anthony Van Dyck, Broome, Japan, Norway and Circus Maximus.

Yet the one that will really capture the public’s imagination is Bangkok, bought by Leicester City chairman Vichai Srivaddhanaprabha before his tragic death in a helicopter crash last year. Bangkok is unbeaten in his two races in 2019 and will wear the colours of Srivaddhanaprabha in the Derby on Saturday. Victory would spark poignant scenes, but the colt faces stern competition and it will be a gripping contest. If you’ve never tried horse racing spread betting before, this is a great race to get involved with!

Premier League heavyweights Liverpool and Tottenham will battle to be crowned champions of Europe in an eagerly anticipated clash on Saturday night in Madrid. Both teams produced stunning semi-final comebacks to reach this stage of the competition. Liverpool trailed 3-0 at the halfway stage of their tie against Barcelona, but they ripped Ernesto Valverde’s men apart at Anfield and won 4-3 on aggregate. Spurs lost 1-0 in London and then found themselves 2-0 down at half-time against Ajax in Amsterdam, only for Lucas Moura to fire in a second-half hat-trick and send his side through on away goals. Both teams are blessed with formidable mental strength and supreme technical ability, and we should expect fireworks in this one. Liverpool beat Spurs home and away in the Premier League this season, but both games were tight and anything can happen on the night. 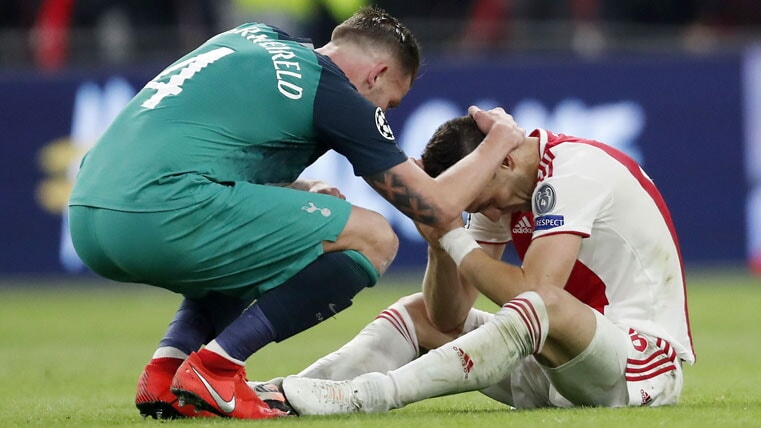 It looks as though Harry Kane will be fit enough to start and Tottenham manager Mauricio Pochettino must be tempted to give the England captain the nod. Both teams are blessed with exceptionally talented forwards and strong defences, so it should be a fascinating game. We have priced the total goals market at 2.7-2.9 in our Champions League final spreads. You just have to work out whether you think the likes of Mohamed Salah, Sadio Mané, Son Heung-Min and Kane will run riot, or if Toby Alderweireld, Virgil Van Dijk and co will hold firm. You will find all manner of exciting betting options for this big game, and you can learn about sports spread betting if you would like to know more about the different football spreads on offer.

British superstar Anthony Joshua puts his WBA, WBO and IBF titles on the line when he tangles with Ruiz on Saturday night. It is his first fight outside of his native country and he is hoping to make a name for himself in the US with an eye-catching performance. Joshua had hoped for a unification bout with unbeaten WBC champion Deontay Wilder, but the two camps have not been able to agree terms. The heavyweight champion says he wants either Wilder or Tyson Fury next and is already looking past this bout with Ruiz Jr.

AJ’s Mexican-American opponent is upset to hear that Joshua is not taking him seriously, and has vowed to cause an upset on Saturday. He was drafted in late into proceedings after Joshua’s initial opponent, New Yorker Jarrell Miller, failed a drug test. Ruiz says he is a really dangerous fighter because he is careless and hungry. He suffered a thin points defeat against Joseph Parker, a man Joshua beat, but Ruiz claims he is a much tougher opponent now. Our traders have Joshua at 24-5-27.5 over Ruiz in the Supremacy Market, while total rounds are priced at 6.5-7.0. You can find all our boxing spreads here.

All this action and we’ve not even mentioned the cricket world cup! With so much sport on offer this weekend we’d recommend keeping your diary clear.