Liverpool’s air of invincibility finally slipped when they suffered a humbling 3-0 defeat to Watford at Vicarage Road on Saturday. It means that Man City could cut their lead to 19 points if they manage to win their game in hand. Yet there are just 10 games left to play, so it would take a meltdown of spectacular proportions for the Reds to fail now. It may seem highly unlikely, but there have been many catastrophic collapses in title races across Europe over the years:

The Magpies opened up a seemingly unassailable lead over defending Premier League champions Man Utd in the 1995/96 campaign. There were just 15 games remaining when Newcastle signed Colombian superstar Faustino Asprilla to complement the formidable attacking talents of Alan Shearer and Les Ferdinand.

They looked set to coast to the title. However, what followed was the most epic meltdown of them all. Newcastle lost five out of eight games during a horrendous run of form between 21 February and 8 April, allowing Man Utd to chip away at their lead. Alex Ferguson’s mind games got the better of Newcastle boss Kevin Keegan, who went ballistic in a famous interview: “You can tell him now, we're still fighting for this title and he's got to go to Middlesbrough and get something. And I’ll tell you, honestly, I will love it if we beat them. Love it.” Yet Ferguson’s men did indeed go to Middlesbrough and get something, and Magpies fans were left utterly crushed.

Defending Premier Division champions Shelbourne pulled off an epic meltdown of their own back in 2000/01. They held an eight-point lead over rivals Bohemians at the top of the table, with just eight games to go. Bohemians boss Roddy Collins admitted defeat in the title race. The government then suspended play for four weeks to allow the nation to recover from the foot and mouth crisis, and Shelbourne totally lost their way after the break. They won just three of their last nine games, while Bohemians rattled off seven victories and pipped them to the title by two points. It all fell apart on the final day of the season, as Shelbourne lost 1-0 at home to Cork City and Bohemians leapfrogged them at the death.

Reykjavik-based side Throttúr suffered arguably the worst collapse of any league leader in history during the 2003 season. They enjoyed a comfortable lead at the top of the Icelandic top division at the halfway point. There are just 18 games in a Úrvalsdeild karla season, and Throttúr won six of their first nine games. However, they then lost seven of their final nine, slipped down to ninth in the table and ended up being relegated. It is hard to imagine a more remarkable fall from grace.

Los Blancos boasted an enviable collection of Galacticos in 2003/04. Zinedine Zidane, Ronaldo, Luis Figo, David Beckham, Roberto Carlos and Raul made them a force to be reckoned with in attack. 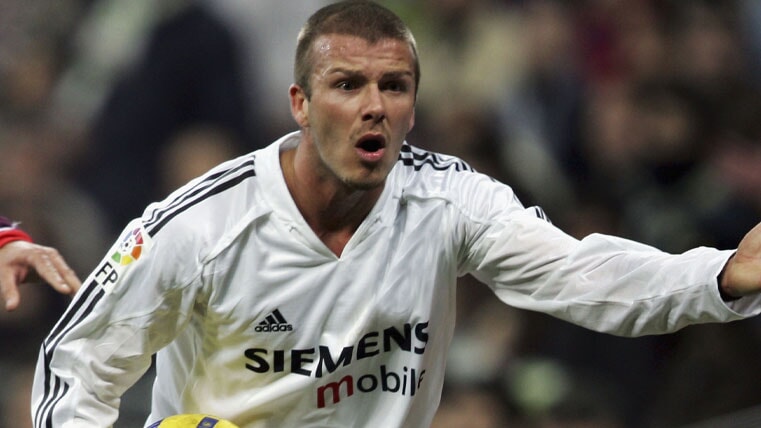 However, Zidane warned that it was a mistake to sell Claude Makelele to Chelsea in order to make room for Beckham. “Why put another layer of gold paint on the Bentley when you are losing the entire engine?” he said. Zidane’s fears proved correct. The first portion of the season went swimmingly. After 26 games, Real Madrid had built up an eight-point lead atop the table. Zidane was working his magic in the number 10 role, while Roberto Carlos was barrelling forward at will and Beckham and Figo were supplying magnificent balls for the superstar forwards.

However, they then suffered a surprise Copa del Rey final defeat to lowly Zaragoza, and that sparked an almighty collapse in form. Without Makelele to protect the centre-halves, Real Madrid’s defensive shortcomings came back to bite them, and they lost seven of their final 10 league games. They ended up fourth, seven points behind champions Valencia. Los Blancos scored more than any team in the league, but conceded twice as many goals as Rafa Benitez’s Valencia side.

Man Utd looked set for a fifth Premier League title in six seasons when they surged to an eight-point lead over rivals Man City. There were just eight games left in the season, and Roberto Mancini’s side had endured a three-match winless streak, leaving their title bid in tatters.

However, Wigan pulled off a shock 1-0 victory over Man Utd, who then went on to draw 4-4 with Everton. The rivals went into a huge Manchester derby game, and the Noisy Neighbours won it courtesy of a bullet header from Vincent Kompany.

That handed City the initiative in the title race. It went down to the final day of the season. Both teams were level on points, but City had the better goal difference. Man Utd made short work of Sunderland, and City just needed to beat relegation threatened QPR at home. They found themselves 2-1 down as the game went into stoppage time, but a 93rd minute equaliser from Edin Dzeko gave City a glimmer of hope. With more than 95 minutes on the clock, Mario Balotelli found Sergio Aguero, who rounded his man and smashed in an exhilarating winner. Cue despair for the Red Devils, elation for their long-suffering city rivals and immortality for Martin Tyler: “Aguerooooo!”

The goals of Sergiu Bu¿ propelled CSKA Sofia to the top of the Bulgarian First Professional Football League by the winter break. That caught the attention of Sheffield Wednesday, who decided to lodge a cheeky £325,000 bid for his services. It sounds like pittance for a team that sold Hristo Stoichkov to Barcelona for 10 times that fee in 1990, but remarkably CSKA decided to accept the bid. Off went Bus to Hillsborough, and unsurprisingly the transfer torpedoed their season. They embarked on a 10-game goalless streak after the winter break, and ended up fifth in the table. “You cannot win if you don't score,” said coach Luboslav Penev. The Army men should have thought of that a few months earlier.

Liverpool surrendered a ten-point lead at the top of the Premier League table last season. They looked certain to end their long title drought after displaying remarkable consistency throughout the campaign, but then Man City went into overdrive. Pep Guardiola’s side rattled off a remarkable 14 consecutive victories and ended up just one point clear of the Reds. Liverpool managed to assemble 97 points, which is more than Man Utd, Arsenal and Chelsea had ever managed, but it still was not enough.

They redoubled their efforts this season, and they now have a much healthier lead at the top of the table. Despite the defeat to Watford, Liverpool have won 26 of 28 games. Even if Man City would win all of their remaining games and hope for an unprecedented meltdown, they would need to hope that Liverpool take just a point per game for the rest of the season. So far, they have averaged 2.82 per match, so that seems far-fetched, but there is always a slim chance that they could follow in the footsteps of Throttúr and co.

Everything you need to know ahead of the EFL Cup Final as Aston Villa face Man City at Wembley stadium.
Read more