The Best & Worst of Football Records

The pained expression worn by Jurgen Klopp in the Liverpool dugout this season illustrates just how swiftly epic triumphs can give way to crushing defeats. Managing a football club is typically a rollercoaster ride, with many highs and lows along the way. These are some examples of football clubs setting records with their brilliance and then breaking unwanted records when things turn sour:

The Good: Defying the Longest Odds to Win the Premier League

The Foxes were priced at a massive 5,000/1 to win the Premier League at the start of the 2015/16 season. They looked certain to be relegated during the previous campaign, but they managed to take 10 points from their final four games and beat the drop. Nigel Pearson was sacked at the end of the campaign, and the club brought in Claudio Ranieri to replace him. He did not manage to win the title during his time at Chelsea, and the concept of him lifting the Premier League trophy at Leicester was absurd.

In fact, the odds on Prime Minister David Cameron being named Aston Villa manager were shorter than Leicester winning the league. Yet Jamie Vardy went ballistic in front of goal, Riyad Mahrez turned into a virtuoso, N'Golo Kante transformed the midfield and Wes Morgan led a rock-solid defence to several clean sheets. Leicester ended up finishing 10 points clear of second placed Arsenal, earning a bumper payday for anyone bold enough to back them to win the title. However, things quickly went south the following season. Leicester spent the first half of the campaign hovering around the relegation zone, Ranieri was sacked midway through the campaign and they ended up 12th, 49 points behind champions Chelsea.

The Good: Enjoys the Best Goalscoring Start to a Premier League Season

Dominic Calvert-Lewin came flying out of the blocks at the start of the 2020/21 season. The young Everton striker banged in 10 goals in his first nine Premier League games, storming to the top of goalscoring charts. It represented the most prolific start to a season in Premier League history, ahead of Sergio Aguero, Diego Costa, Jamie Vardy and Son Heung-Min.

Calvert-Lewin also hit a hat-trick in the EFL Cup and broke into the England team, scoring against Wales and Ireland. The world was at his feet, but he has since gone off the boil. He has now made 26 league appearances for Everton and he has just 14 goals. That means he has found the back of the net just four times in his last 17 matches. Calvert-Lewin endured a 10-game goal drought mid-season, the worst of his career, going two months without finding the back of the net.

The Good: A Record European Win Against Slavia Prague

The Bad: A Humiliation Against Bayern Munich

Arsene Wenger was still widely considered to be one of the world's pre-eminent managers when he led his team to a 7-0 victory over Slavia Prague in 2007. A stunning strike from Cesc Fabregas put the Gunners 1-0 up after just five minutes, and Arsenal surged to a 7-0 victory. It set a new record for their heaviest victory in the European Cup / Champions League, and equalled the record for their largest ever victory in Europe.

However, it all fell apart for Wenger in the second half of his tenure, as Arsenal were repeatedly humiliated on the big stage. Their record European defeat came when they lost 5-1 to Bayern Munich in the Champions League group stage in 2015. The following season, they faced the same opposition in the Round of 16. Bayern won 5-1 at home and 5-1 away to complete a 10-2 rout, allowing AFTV to go viral and sparking the beginning of the great man's demise at the club. 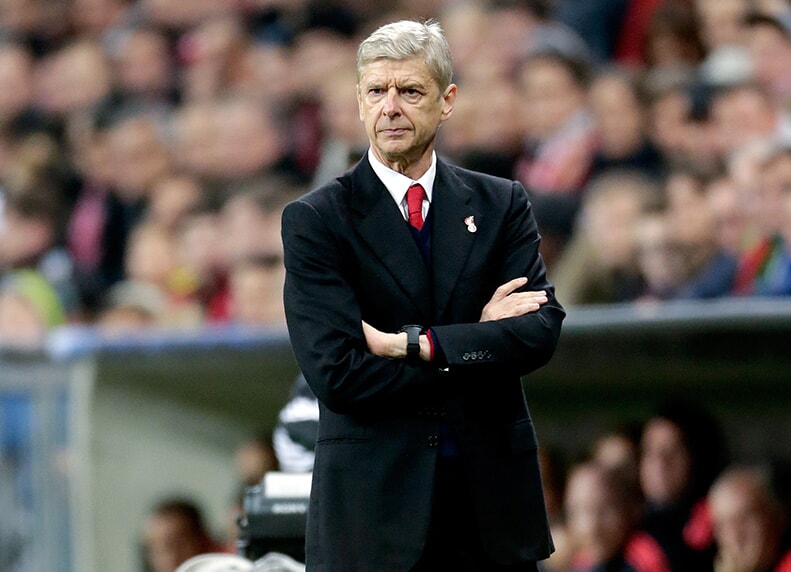 The Good: Appointed Charlton Manager with No Prior Experience

The Bad: The Shortest Managerial Tenure in Premier League History

Les Reed became the least qualified manager in Premier League history when he was handed the reins at Charlton. He was previously FA technical director and worked as a consultant before becoming Ian Dowie's assistant in the summer of 2006. By November, Dowie had been sacked and the board turned to Reed to steady the ship.

It proved to be an utter disaster. Reed managed just one victory during his time, and the Addicks crashed out of the League Cup after losing to League Two side Wycombe. The media dubbed him Les Miserables and Santa Clueless, and he was sacked after just 41 days, making it the shortest managerial spell in Premier League history. He was later voted the worst manager of all time in an online poll.

The Good: Promoted to the Top Flight for the First Time in Their History

The Bad: Conceded the Most Goals in Premier League History

Swindon Town secured promotion to the top flight for the first time in their storied history back in 1993. Glenn Hoddle was in charge at the time, and he led them to a 1-0 playoff final victory over Leicester. However, Hoddle left to take the reins at Chelsea, leaving assistant John Gorman to spearhead the team's debut Premier League campaign.

It did not go well. The Robins ended up finishing rock bottom of the table after conceding a record 100 goals. Lowlights included a 7-1 loss against Newcastle, 6-2 defeat to Everton, a 5-1 reverse against Southampton, 5-0 defeats to Liverpool, Aston Villa and Leeds. Swindon have never returned to the top flight. However, they picked up a lot more points than Derby, who amassed just 11 points in 2007/08. The Rams also ended up with records for the fewest away points, the worst goal difference, the fewest wins in a season with just one, the most defeats, the most consecutive games without victory, and the fewest goals scored.