The Most Shocking Declines in Cricket History

The Most Shocking Declines in Cricket History

A number of prominent cricketers have soared to dizzying heights and then come thudding back down to earth after their form nosedived in spectacular fashion. These are 10 of the most shocking declines in form that we have witnessed in cricket history.

Amla spent the majority of illustrious career toppling records and dazzling with his brilliance at the crease. He is one of the all-time greats, with more than 9,000 Test runs and 28 centuries to his name. The South African star switched gears seamlessly to ODIs, became the fastest player to 2,000, 3000, 4,000, 5,000, 6,000 and 7,000 ODI runs and broke Virat Kohli’s record as the fastest cricketer to reach 27 ODI centuries. Yet Amla’s decline was equally spectacular. His batting average plummeted, his conversion rate dwindled, big scores proved elusive, his timing went awry and he retired a shadow of his former self.

Moeen lost his place in England’s ODI team in 2019 after going 29 innings without a half-century. He suffered four ducks in eight innings during the longer format, and he looked totally shorn of all confidence. The all-rounder bore the brunt of the indignation from fans, pundits and reporters alike when England suffered defeats, and he announced a break from Test cricket in September. Moeen said the decision was prompted by excessive criticism of his performance every time the team underperformed. It was a pretty remarkable fall from grace for a man that was named one of Wisden’s Cricketers of the Year in 2015, but there is still time for him to make a late career resurgence.

Gambhir was named ICC Test Player of the Year for 2009 after storm to the top of the batting rankings. In 29 Tests, he had amassed an astonishing 2,760 runs with nine centuries and an average of 57.50. He seemed destined to open for India for many years to come, but a shocking slump in form ensued. In his subsequent 21 Tests, he managed just 1,010 runs, with no centuries and just eight half-centuries. His overall Test average dropped to 44.35. Gambhir was dropped, and never managed to reach the heights he enjoyed in 2009 again.

Cronje burst onto the scene as a precocious 21-year-old and he was installed as South Africa’s permanent captain five years later. He enjoyed a glorious career, becoming the Proteas’ most successful captain in both ODIs and Tests, but then came the almighty fall from grace. Cronje was at the centre of a match-fixing scandal in 2000 and he was banned for life from the sport after being found guilty of offering teammates bribes to underperform in games. He died in a plane crash in 2002, but rumours that he was murdered abounded.

Hayes announced himself as the next big thing when he hit 106 not out on his debut against the West Indies at The Oval. Yet he could not pass 30 in 15 subsequent innings in international cricket, and found himself cast aside. He ended up with just 244 runs from nine Tests, at a batting average of 15.25, which was vastly inflated by his eye-catching debut. Hayes played his last Test match just three years after surging onto the international scene, but he did have more success for Lancashire.

Harmison hit headlines around the world after producing figures of 7 for 12 against the West Indies in Jamaica back in 2004. He topped the ICC Test bowling rankings, terrified batsmen and ended up with 67 wickets in just 13 matches, at a superb average of 23.92. He helped England regain the Ashes during the famous 2005 series, and looked set to become a mainstay in the team for a long time. Yet it all began to unravel for Harmison when he bowled an abysmal wide to Justin Langer in the first ball of the 2006/07 Ashes. It set the tone for a disastrous series in which England suffered a 5-0 whitewash. The incident became so infamous that commentators began referring to any similar delivery as “a Harmison”. He hated touring, and he never recovered his best form, causing him to drift into the wilderness. It took the gloss of his career, but many still look back fondly on the Harmison of 2003 to 2005, when he took the sport by storm. 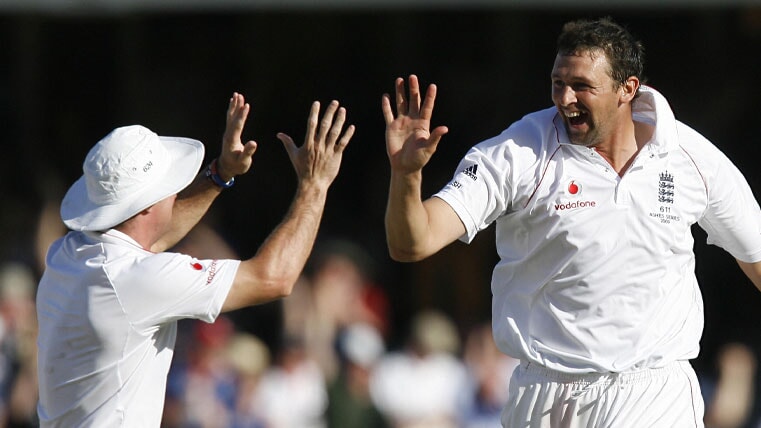 Yasir enjoyed a dream Test debut when he hit 170 against Bangladesh in Karachi. His knock in August 2003 remains the highest score by any debutant in Pakistan’s history, and he followed it up with 105 in the second innings. Yasir had already impressed in ODIs, and he appeared to have the world at his feet. However, he could never live up to the promise that he displayed during his debut. The selectors persisted with him for 25 Tests and 56 ODIs, but he was ultimately dropped following a string of poor performances. He later admitted that he could not find a way out of his bad form, but refused to blame anyone else for his shortcomings.

Kambli is now remembered as the famous talent that got away. He rattled off four centuries in his first seven Tests, including back-to-back doubles, he became the fastest Indian to 1,000 runs, and he was supposed to enjoy one of the all-time great careers alongside Sachin Tendulkar. Yet it never worked out for Kambli, who has become a cautionary tale for wasted talent. Less than three years after his debut, having made just 10 more appearances, his career was brought to an untimely halt. Some say he was distracted by the trappings that fame brought, and many questioned his attitude. Kambli went on to appear in a couple of Bollywood films, but he is now best known for emotional outbursts on television.

Faulkner was the hero of Australia’s World Cup triumph in 2015. He took 3 for 36 in the final and was named man of the match, earning the adulation of cricket fans across the country. Faulkner’s strong form continued into 2016, as he took a hat-trick against Sri Lanka and excelled for Lancashire in Division two of the County Championship, but a drink driving conviction saw him fined £10,000 and dropped from the Australia squad for the tour of England. Since 2016 his career has been in freefall. Faulkner is cursed with a chronic knee condition, and he has suffered further injuries alongside a loss of form and a drop-in pace. He has not represented his country since 2017, and he is in danger of becoming the forgotten man of Australian cricket.

Sharma was just 23 years of age when he was handed the ball to deliver the crucial last over of the T20 World Cup semi-final in 2007. Michael Hussey was facing and Australia needed 22 runs to win, but Sharma took two wickets to lead India to a 15-run victory. MS Dhoni then took the bold decision to hand give Sharma the ball for the last over in an evenly matched final against Pakistan. The decision paid off, as he bowled a beautiful delivery to remove Misbah-ul-Haq and hand his team victory. He was on top of the world, but he never featured again. Sharma could never recapture the form, and he faded fast. By the end of 2007, he had joined the Haryana Police, and he is now a deputy superintendent, although he can still regale fellow officers with tales of that World Cup final.

Make sure you check out all the latest cricket spreads and grab a stake in the action to heighten the thrill of the already exciting sport of cricket.