The world’s finest golfers will converge upon Royal Portrush in Northern Ireland this week to battle it out for glory at The Open Championship. It is just the second time that this prestigious major has been held outside of England and Scotland, and the atmosphere should be electric. The event sold out in record time and 43,750 fans will pack onto the course each day to watch the action unfold.

The Irish are renowned for their ability to party and they would go ballistic if home favourite Rory McIlroy managed to win a first major in five years. The Northern Irishman is widely regarded as one of the best in the business and he has seized a tonne of silverware, but the majors have eluded him of late. He will benefit from strong support as he bids to put an end to that trend. 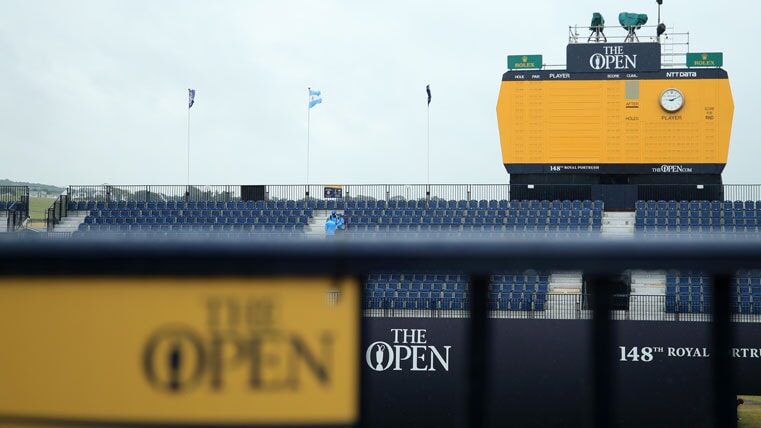 Fans will be treated to all manner of intriguing storylines throughout the tournament. Tiger Woods will aim to win a 16th major after enjoying a remarkable return to form in 2019. World number one Brooks Koepka will bid for a fifth major in three years to cement his dominance over the sport. His caddy, Ricky Elliott, is from Portrush and that will ensure Koepka receives vociferous support. Dustin Johnson will try to storm back to the top of the world rankings with a big performance, while a number of hopefuls will fancy their chances of winning a first ever major.

It promises to be an exhilarating tournament and a great way to boost the enjoyment you experience while watching it is via spread betting on the Open Championship.

Who Won the 2018 Open Championship?

Last year Francesco Molinari displayed nerves of steel to clinch the first major triumph of his career. The popular Italian went into the final round trailing joint leaders Kevin Kisner, Xander Schauffele and Jordan Spieth by three shots, but he carded a bogey-free round of 69 while his rivals faltered. In the end, he finished two shots ahead of Kisner, Schauffele, McIlroy and Justin Rose, becoming the first Italian to ever win a major.

It capped a sensational year for Molinari, who was also on fire at the Ryder Cup. He became the first player in the tournament’s history to go 5-0-0, leading Europe to a famous 17 ½ - 10 ½ victory over the USA. He reached a career high world ranking, won the Race to Dubai and received the BBC World Sport Star of the Year award.

Molinari has remained strong in 2019, and he looked all but certain to win the Masters at Augusta after taking a two-shot lead into the final day. Yet he found the water twice, resulting in a pair of double bogeys, that ultimately scuppered his chances as he finished two shots behind champion Woods. He will now aim to put that disappointment behind him by successfully defending The Open Championship on European soil. He is not the favourite in the golf spread betting, but Molinari is not far off and he will be a formidable competitor at Royal Portrush.

All eyes will be on McIlroy as he bids to end his major hoodoo in his own backyard. The Northern Irishman announced himself as arguably the best player of his generation when he won the US Open in 2011, the PGA Championship in 2012 and 2014 and The Open Championship in 2014. He has continued winning big tournaments, including the FedEx Cup in 2016 and the Players Championship earlier this year, and he is constantly hovering around the top of the world rankings, but a fifth major has eluded him.

Questions have been asked about his mental strength at major tournaments, and he now has the perfect opportunity to prove the naysayers wrong. “I never thought I would play a major in Northern Ireland,” he said in a recent interview. “It would be the biggest achievement of my career if I was able to win it. 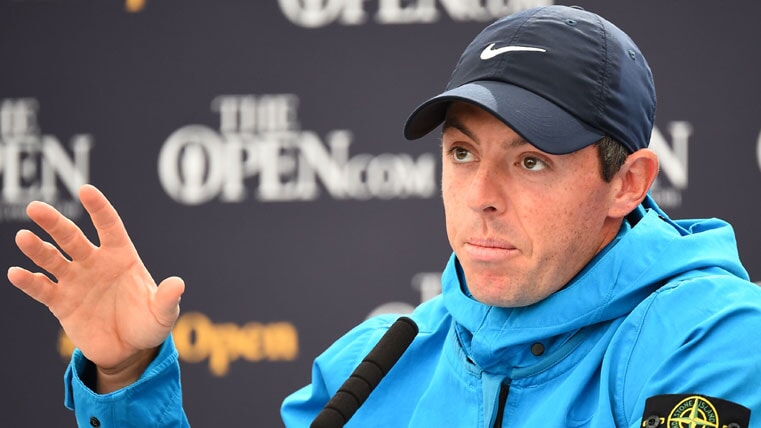 McIlroy has a great record at The Open, since winning it at Royal Liverpool in 2014, he has finished inside the top 10 of the Open leaderboard three times, having finished fifth in 2016, fourth in 2017 and then T2 last year. He is a consistent player and he has the ability to tough it out on the sort of challenging links course he grew up playing on. His father played at Portrush and when McIlroy was a boy he met Darren Clarke on the course on his 10th birthday, so it would be a dream venue for him to clinch victory.

Who Could Challenge at Royal Portrush?

Tiger Woods has had a rollercoaster season at majors, as he won the Masters at Augusta, but subsequently missed the cut at the PGA Championship and then finished T21 at the US Open. He won The Open in 2000 and 2005, so he has the pedigree to thrive on British soil.

McIlroy has been a lot more consistent, and he stormed to victory at the Players’ Championship and the Canadian Open, but he has not yet won a major this year. They will surely be among the most popular choices for punters at this tournament, but their chances of success depend on their mental fortitude, consistency and coolness under pressure at The Open 2019.

Koepka has a magnificent record on links courses in recent years and he will certainly be in with a chance of success here. He has never won The Open and his best finish is T6 in 2017, but he is remarkably composed at major tournaments and he will be dangerous here. He is a former European Tour player and he has plenty of experience on this sort of course. It is unlikely to suit Johnson quite so well, as he prefers courses with wide fairways, and the same is true of Phil Mickelson.

Fleetwood has twice finished runner-up at the Alfred Dunhill Links Championship, and his ball striking ability will stand him in good stead amid the winds whipping in from the Atlantic, so he should relish the opportunity to play at Portrush. Molinari is deservedly among the favourites. 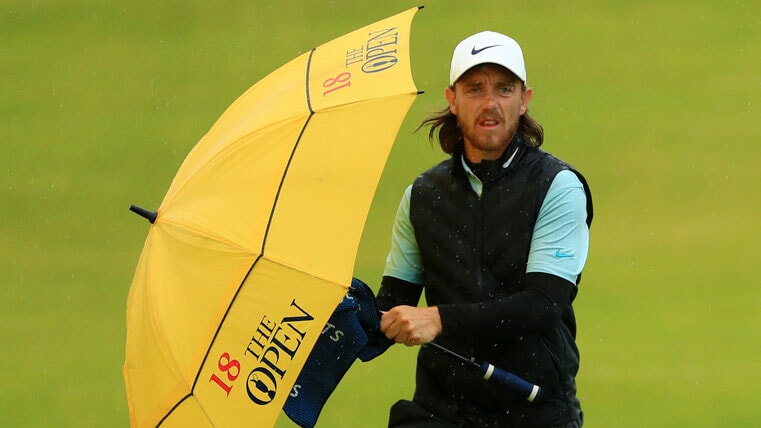 Spieth, the 2017 Open champion, should benefit from the slower greens thanks to his aggressive putting style. Schauffele continues to be there or thereabouts at majors these days and he was the T2 at this tournament last year. Jason Day is invigorated since he began working with caddie legend Steve Williams and if he gets his short game on point then he will be a real threat.

Who’s Tipped to Have a Strong Tournament?

McIlroy and Koepka are the favourites to win this tournament, with Johnson, Woods and Justin Rose clustered near the top of the Open Championship Leaderboard Index. Molinari is among the players given a good chance of success, while Jon Rahm is also tipped to put up a strong challenge at The Open this year as he aims for a first ever major. The Spaniard recently shot a final round of 62 to win the Irish Open for the second time in three years and that should stand him in good stead at Portrush. Schauffele, Rickie Fowler, Bryson DeChambeau and Fleetwood are among the other big names trying to break their major duck.

Who Could be The Open Dark Horse?

The beauty of golf right now is that anyone can come from relative obscurity and storm to a major title. Woodland was an 80/1 outsider for the US Open, having never previously finished higher than T6 at a major during his 11-year professional career. Yet he delivered a remarkable performance to see off heavyweights like Koepka, Rahm and Rose and earn himself a cool $2.25 million in prize money. Since the beginning of 2016, Danny Willet, Dustin Johnson, Henrik Stenson, Jimmy Walker, Sergio Garcia, Koepka, Justin Thomas, Patrick Reed, Molinari and Woodland have all landed a first major. Only Koepka has secured more than one victory in that time.

That gives hope to the entire clubhouse, right down to the lowest ranked qualifiers in the field. There are a number of long shots that will fancy their chances of securing an upset at Portrush this month. Austrian Bernd Wiesberger was the runner-up at the Irish Open and he will fancy his chances of a strong tournament. Englishman Matt Wallace has been in decent form this year and he could be seen as a dark horse. Then there are the usual suspects bidding for that elusive first major – Fowler, Schauffele, Tony Finau, Matt Kuchar, Tyrell Hatton, Fleetwood, Paul Casey et al. Throw in some intriguing veterans like Padraig Harrington and Ian Poulter and the field looks stacked with quality, so it should be a great tournament.

What Golf Spread Betting Markets are on Offer for The Open Championship 2019?

Golf fans can seriously ramp up the exhilaration they feel when watching The Open by engaging in some golf spread betting. You have a wide range of markets to choose from. The Open Championship Leaderboard Index allows you to predict where each player in The Open will finish, with the winner awarded 100 points, the runner-up earning 70, third place taking 50 points, 40 for fourth, 30 for fifth, 25 for sixth, 20 for seventh, 15 for eighth, 10 for the 9th and 5 points for 10th. This is a great option, because if the player you back falls just short, you can still make a significant profit, particularly on a long shot.

Other interesting markets include Open Championship Finishing Positions, if you feel like a particular player with either flourish or flop. There is also a Wire-To-Wire Leaderboard Index, and you can also pit players against one another in the 70 Hole Matchbet market. There are player specials, and you can speculate on the top Asian, South African, Scandinavian, Englishman and more. You will also find interesting indexes like Hotshots, Coldshots, Big Guns, and Challengers. You can learn more about golf spread betting here to gain a stronger grasp on the various markets available to you. Check it out, make your selections and enjoy the ride!

Will Rory McIlroy win The Open on home soil or could we have yet another new name engraved on the famous Claret Jug? You can see all our Open Championship 2019 markets on our golf spread betting page.