The Return of UK Horse Racing: What's to Come

The flat season began in earnest when 10/1 shot Kameko stormed to a thrilling victory in the 2,000 Guineas at Newmarket on Saturday. There was also drama in the Coronation Cup, as favourite Ghaiyyath got the better of superstars Anthony van Dyck and Stradivarius. Love then breezed away from the opposition to clinch the 1,000 Guineas on Sunday, capping a thoroughly exciting Guineas Festival. There were no spectators inside the famous racecourse, but a huge TV audience enjoyed the action. We can now look forward to plenty more big meetings and races in the weeks ahead:

The next major festival to take place in the UK is Royal Ascot. The meeting is normally one of the most glamorous events in the British sporting calendar. It attracts a supremely elegant crowd, packed full of royals and celebrities, and attracts many of the world’s finest horses, trainers and jockeys. However, there will be no glitz and glamour this year, as the festival will be held behind closed doors. Prize money has been cut by more than half, from £8 million to just £3.7 million, due to the coronavirus pandemic, but the show will still go on.

It begins with the Buckingham Palace Stakes at 1.15pm on Tuesday, 16 June. The first day of Royal Ascot sees two Group 1 contests – the Queen Anne Stakes and the King’s Stand Stakes. The main event on day two is the Group 1 Prince of Wales’s Stakes, and then the world famous Gold Cup takes place on Thursday, 18 June. The Commonwealth Cup is the biggest race on the Friday, and punters can look forward to the Coronation Stakes, the St James’s Palace Stakes and the Diamond Jubilee Stakes on the final day of the meeting.

There will be a record 36 races in total across five days of action this year – as opposed to the usual 30 – including eight Group 1 races, and it is still the most prestigious meeting of the year. You will find a number of horse racing spreads to help ramp up the excitement of Royal Ascot, allowing you to bet on individual races and on the meeting as a whole. Popular horse racing spreads include Winning Distances, the Favourites Index and the Jockey Index, while you can also enjoy match betting on individual races.

The Derby at Epsom

The Derby will be the third Classic of the season after the 2,000 Guineas and the 1,000 Guineas were held at Newmarket over the weekend. Kameko is the new favourite in the horse racing odds on the Derby after he stunned the unbeaten Pinatubo to win the 2,000 Guineas in record time on Saturday. Oisin Murphy guided the 10/1 shot through the centre to secure a thrilling victory by a neck. Some tipsters have reservations about whether Kameko has the necessary stamina to win the Derby, but he is jostling for antepost favouritism along with English King and Military March.

The Derby will be held at Epsom on 4 July and it is sure to be a major betting event. The Oaks takes place on the same day, and that will also be popular among bettors. Love is the heavy favourite for that after she blitzed her rivals in Sunday’s 1,000 Guineas, handing Aidan O’Brien his sixth victory in the famous race.

Love and Kameko are likely to be popular picks at Epsom next month, but it is worth noting that favourites have struggled since the UK flat racing season resumed a week ago. The first meeting took place at Newcastle, where there was a 10-race card on Monday, 6 June. Just two favourites and one joint-favourite secured victory that day. The Guineas Festival was the first major meeting of the year. It featured 19 races, and only three favourites and one joint favourite won over the course of the weekend.

The Eclipse is another massive Group 1 race. It takes place at Sandown on 5 July and it will be fascinating to see if Enable can defend her crown. She is already a two-time winner of the Prix de l’Arc de Triomphe, the King George VI & Queen Elizabeth Stakes and the Yorkshire Oaks, and she will be the favourite to secure yet another victory at the Eclipse. Enable has 10 wins from 12 starts and she will be the star attraction at this race, but Ghaiyyath could give her a run for her money.

This is always one of the most eagerly anticipated race meetings of the year. Goodwood is one of the world’s most beautiful racecourses, set amid the rolling hills of Sussex, and there is normally a buzzing atmosphere inside the ground. The racing will naturally be held behind closed doors this year, but there are still some exciting races to look forward to. It kicks off with Goodwood Cup Day on Tuesday, 28 July, and then racing fans can enjoy the £1 million Sussex Stakes the following day. 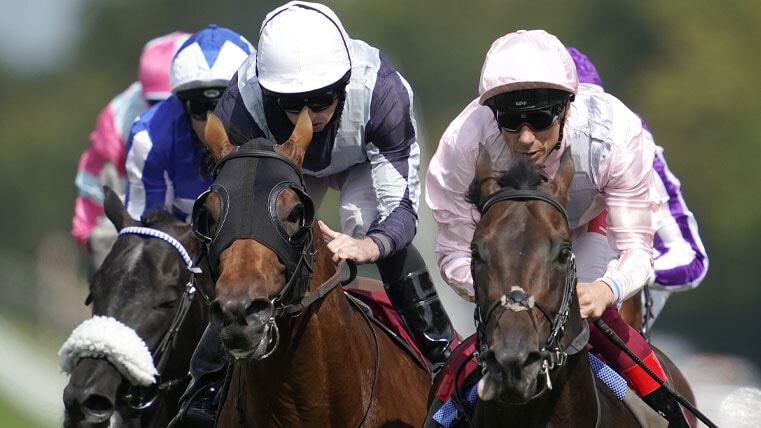 Thursday is Ladies’ Day, but there will be no glamorous women wearing chic hats and sipping Champagne at the course. Yet there will still be a good show to watch from the comfort of your living room, with the Group 1 Nassau Stakes forming the highlight of the eight-race card. The Group 2 King George Stakes is the big race on Friday, 31 July, and it concludes with Stewards’ Cup Day on Saturday, 1 August. Once again there will be plenty of exciting spread betting and fixed-odds betting options available on the meeting.

The St Leger is the oldest of Britain’s five Classics and it is always the last of the five to be run each year. The race takes place at Doncaster on 10 September. If Kameko can follow up his victory in the 2,000 Guineas by triumphing at The Derby, he will head to the St Leger in pursuit of the Triple Crown. Camelot came the closest to achieving that feat in recent years, winning both the 2,000 Guineas and The Derby before finishing second in the St Leger.

Champions Day at Ascot is traditionally the final big meeting of the year, and it will see the champions of the 2020 flat season crowned. More than £4 million in prize money was up for grabs in 2019, making it the most valuable day of racing in British history. The total prize pool should have been £4.2 million in 2020, but it may be reduced after the prizes on offer at Royal Ascot were slashed. Yet it will still represent a wonderful opportunity to see the leading lights on the flat racing scene in action one more time before winter sets in and the National Hunt season begins in earnest. Punters can bet on the Champion Stakes, Queen Elizabeth II Stakes, British Champions Fillies’ and Mares’ Stakes and British Champions Sprint Stakes.

Get the views and thoughts of Sporting Index ambassador and legendary jockey Frankie Dettori every week throughout the remainder of the Flat Season.