The Story of the 2019 Cricket World Cup

A sensational showing from Ben Stokes inspired England to the unlikeliest of victories over a fired-up New Zealand side in Sunday’s World Cup final. Many hailed it as the greatest game of cricket ever played and it represented a fitting conclusion to a tournament that delivered an abundance excitement, drama and heroism. The ICC could not have wished for a more exhilarating advertisement for white-ball cricket.

Grey skies above Lord’s provided a portentous backdrop for an absolute rollercoaster of a final in which both teams put their fans through the wringer. England were chasing 241 runs after a decent display with the ball, but they had a mountain to climb when Jason Roy, Jonny Bairstow, Joe Root and Eoin Morgan were removed on a slow pitch amid stifling conditions. Then up stepped New Zealand-born Stokes to produce a stand for the ages. He partnered with Jos Buttler to devastating effect and then kept his cool while batting partners dropped like flies around him. 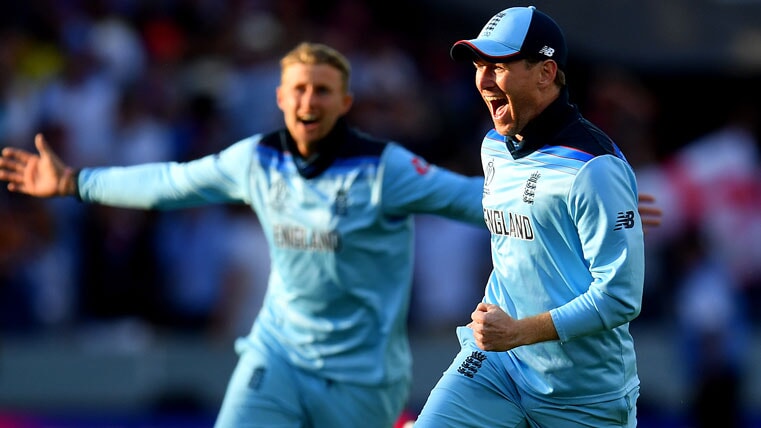 In the end, Stokes’ brilliance left England needing 15 runs from their final over, and an emotional crowd burst into rapturous applause when he whacked a six into the stands. Then England benefited from arguably the biggest dollop of luck ever witnessed in such an important match. Diving towards the crease to prevent himself from being run out, a throw from the deep hit his bat and it was inadvertently deflected to the boundary for four overthrows. That left England needing just three runs, but they could not pull it off, as Mark Wood was run out on the final ball, leaving the score tied at 241 apiece.

It was the first time a World Cup final had ever been tied and it went into a super over. Stokes and Buttler dragged themselves back onto the field of battle and performed admirably to hit 15 runs from Trent Boult. Unimaginable pressure was then heaped on the youngster Jofra Archer, when he was handed the ball for the over that would either spark heartbreak or jubilation for the nation. In the end, it came down to the final ball, with Martin Guptill desperately diving to the ground, but Buttler was too quick and ran him out to ensure the World Cup would be England’s. 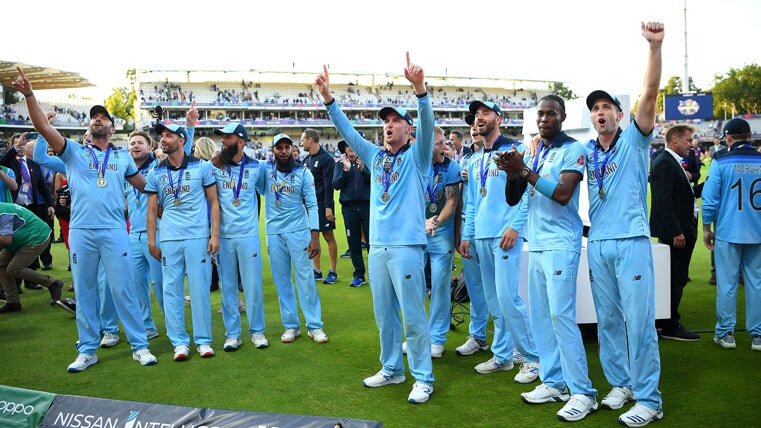 Cricket the Winner on Pulsating Afternoon

The super over finished with both teams on 15 runs, and England were awarded victory by virtue of having hit more boundaries during the match. Ultimately, there was nothing to separate these titanic teams, with the scores tied twice on the greatest stage of all, and the game of cricket was the real winner.

At one stage, it looked as though England would not even make the knockout stage. Morgan’s men looked down and out after slumping to shock defeats against Pakistan, Sri Lanka and Australia in the group stage, but then Roy returned from injury and they rediscovered their best form at the perfect time. Victories over India and New Zealand carried them into the semi-finals, whereby they proceeded to dismantle the Aussies in front of a raucous Edgbaston crowd.

New Zealand’s path to the final was similarly dramatic. They looked invincible in the early stages of the tournament, but only scraped into the semis after losing their last three group games. Most pundits tipped them to be annihilated by India in the semis, but they produced a fantastic display of grit, flair and determination to reach the final. Kane Williamson and co ultimately fell just short in their bid for glory, but they can leave England with their heads held high.

They were not given much hope of success before the tournament began. Our traders made England the favourites in the cricket spread betting, priced at 52-52 in the Outright 100-50-25-0 Index. That made sense, as they were the world’s top ranked team and playing on home soil. Virat Kohli’s India were next at 39-43, followed by a resurgent Australia at 35-39. Then South Africa were priced at 20-24, before you finally found New Zealand at 19-23. Their runner-up finish ultimately earned them 50 points, so anyone buying at 23 made a considerable profit even with the Kiwis falling short in the final. Meanwhile, South Africa totally flopped, so anyone selling at 20 on them would have been pleased, although any buyers at 24 would have been seriously disappointed by their showing.

Before the tournament began, Kohli was the favourite to finish as the top batsman. However, the great man was not quite firing on all cylinders and this market turned into a two-horsed race between teammate Rohit Sharma and David Warner of Australia. Both men were in electric form throughout the World Cup and Sharma ultimately ended with 648 runs, leaving him one ahead of Warner. Sharma was third in the spread betting on this market, priced at 12-16.

Chris Gayle was the favourite to hit the most sixes, but the Universe Boss could only manage 12. England captain Morgan finished top of the pile with 22, and 17 of them came in a single match as he put Afghanistan to the sword. Morgan was a massive outsider in this market and anyone that took a punt on him would have been very pleased. 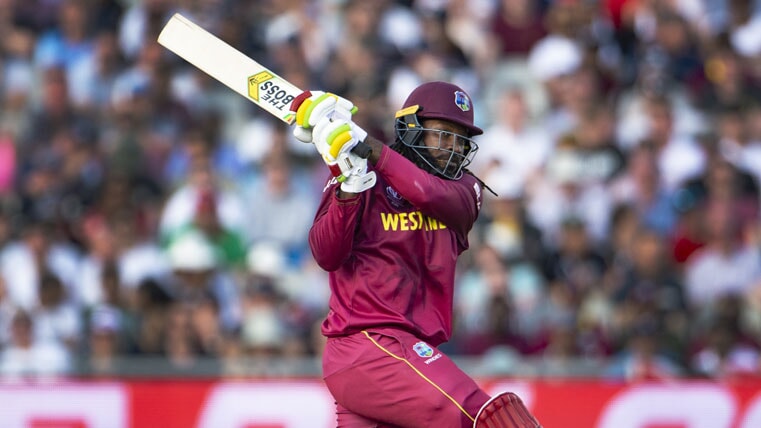 India’s Jasprit Bumrah was the pre-tournament favourite to take the most wickets and he did well to finish with 18. However, Mitchell Starc of Australia left his rivals in the shade to win a second consecutive Golden Ball. He took 27 wickets, leaving him ahead of Lockie Ferguson on 21, Jofra Archer on 20 and Bumrah on 18.

Australia and India benefited from some dazzling displays of individual brilliance, but ultimately the collective might of both England and New Zealand carried them into the decider. Before the World Cup began, you could find a spread of 12-15 on those two in the Name The Finalists market. If you had bought at 15, you would have made 85 times your stake in profit.

The Black Caps went agonisingly close, but ultimately England justified their status as pre-tournament favourites by seizing a first ever World Cup triumph. The likes of Stokes and Archer will go down in history as legends of the game, and England’s thrilling victory should ensure that cricket enjoys a huge popularity boost in the years ahead.

We still have the Ashes to look forward to this year, and Sporting Index will continue pricing up a number of exciting markets on the cricket. You can learn more about cricket spread betting here before getting involved in the action.