Premier League heavyweights Liverpool and Chelsea will head to Istanbul to battle it out for glory in the UEFA Super Cup on Wednesday night. English teams dominated Europe last season with the Reds beating Tottenham in the Champions League final, while the Blues thrashed Arsenal to seize the Europa League. Now the two sides will compete to take home another piece of silverware, doing battle at the Vodafone Arena in Istanbul. 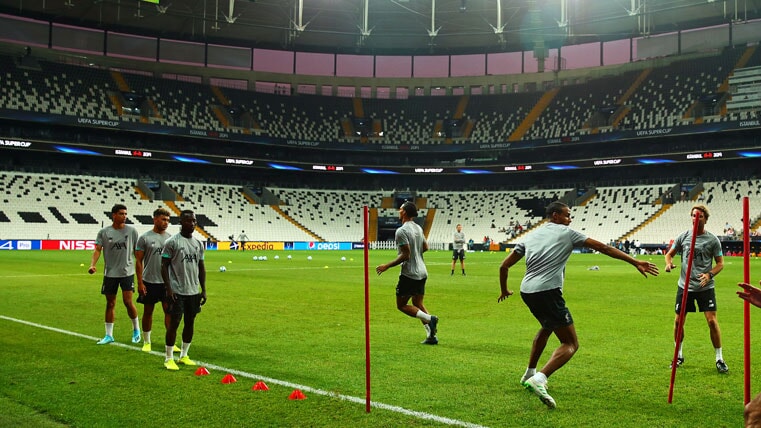 What is the UEFA Super Cup?

The reigning European champions always mark the start of the new season by taking on the Europa League winners in the UEFA Super Cup. It began in the early 1970s, when the European Cup winner would play the European Cup Winners’ Cup champion to determine who was the best team in Europe. The tradition has been upheld, and now the Champions League and Europa League champions play one another. However, with the Champions League being a far more prestigious tournament than the Europa League, the game typically has a bit of an exhibition feel to it.

The Champions League winner normally prevails, but Atletico Madrid broke the mould last year by recording a 4-2 triumph over Real Madrid after extra-time. Liverpool were the last English team to win this trophy, back in 2005, following their famous comeback victory over AC Milan in Istanbul. Now they are returning to the city to vie for glory once more in the first all-English Super Cup in history.

It is perhaps easy to see why Liverpool are the 8/13 favourites in the UEFA Super Cup betting odds on this game. Jurgen Klopp’s men beat Barcelona 4-0 at Anfield to surge into the Champions League final last year and then swept aside Spurs in the all-important final. They may have missed out on Premier League glory by a single point, but Liverpool are the champions of Europe and have begun the new campaign in a bullish form. Norwich were the unfortunate visitors to Anfield for the first fixture of the 2019/20 season and were duly ripped to shreds, Liverpool winning 4-1 and generally wowing neutrals with the pace of their attacking play.

Chelsea may have ended a difficult season by destroying Arsenal in the Europa League final, but things have since gone south for the Blues. Star player Eden Hazard moved to Real Madrid, and Chelsea were unable to overturn a two-window transfer ban, meaning they were unable to replace him. Christian Pulisic had already agreed to join the club, but the American is the only new arrival in a very quiet summer at Stamford Bridge.

Maurizio Sarri also left to take the top job at Juventus, and the club turned to former fans’ favourite Frank Lampard to fill the role. It is just his second season as a manager and he has been thrown straight in at the deep end, forced to rely on youngsters to plug gaps in his squad. It proved disastrous on Sunday, as Man Utd beat Chelsea 4-0 at Old Trafford. Lampard’s side started brightly, but they resembled deer in headlights by the end of the game.

Antonio Rudiger remains injured and an inexperienced defence, shorn of the services of the recently departed David Luiz, will bid to contain world-class forwards like Mohamed Salah and Roberto Firmino. Liverpool did not buy anyone of note in the summer, but Klopp clearly feels happy with his squad. Key players like Salah, Firmino, Sadio Mané, Virgil Van Dijk, Alisson and Fabinho are all the right side of 30, while there is plenty of pace and energy about the team, so they look well placed for an assault on the Premier League title this season. 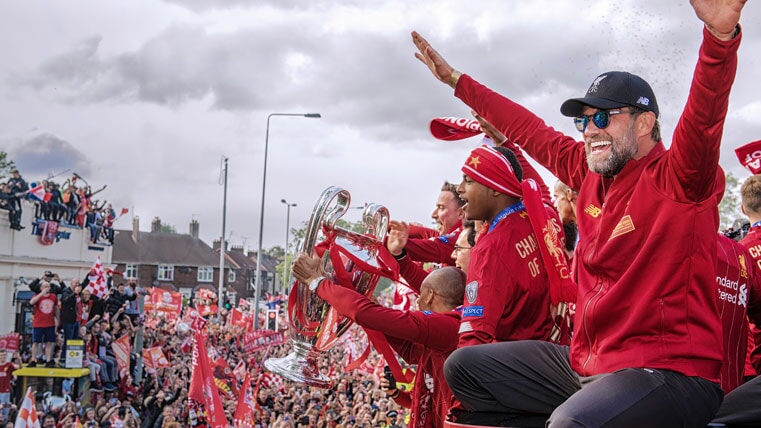 It finished 1-1 when these teams met in the early stages of last season, as a late wondergoal from Daniel Sturridge cancelled out Hazard’s first-half strike. Mané and Salah then put the Blues to the sword in a 2-0 victory for Liverpool at Anfield towards the end of the campaign, which saw the Reds rack up an astonishing 97 points. They have shown they can beat anyone on their day, and will be keen to secure more silverware, but Lampard will also be desperate to deliver a morale-boosting win for the London club, so both sides should be giving this cup respect.

Chelsea are 9/2 underdogs to win this game, while Liverpool are priced at 8/13 and the draw is 3/1. Our traders reckon we will see around three goals, as over 2.5 goals are priced at 4/6 and under 3.5 goals is 4/9. If you check our spread betting on the UEFA Super Cup, you will see that the total goals market is priced at 2.9-3.1, allowing you to sell at 2.9 if you think it will be a tight, cagey affair, or buy at 3.1 if you think it will be a high-scoring match. Both teams saw over 3.5 goals in their weekend games and neither kept a clean sheet, so we could be in for an entertaining contest, but the defenders could raise their game on the big stage too.

Our traders have priced Liverpool at 0.9-1.1 over Chelsea in the Supremacy Index, so you can buy at 1.1 if you think the Reds will thrash the Blues. Salah should certainly be licking his lips at the prospect of facing a defence that was led a merry dance by Marcus Rashford on Sunday, while Liverpool have the added advantage of two extra days’ rest, as their win over Norwich took place on Friday night.

Yet Chelsea still boast a very strong squad, so you would not want to write them off. N’Golo Kante is a powerhouse in midfield, while Jorginho and Mateo Kovacic are also strong. Pedro is vastly experienced, Tammy Abraham is an exciting prospect and the likes of Ross Barkley and Mason Mount offer plenty of creativity. Chelsea typically thrive in finals, so they may be a popular underdog bet among value hunters. If you are undecided on the likely winner, you can check out markets like Total Goal Minutes and First Match goal, offering something a bit different to your typical bookmaker.

This European clash promises to be a mouth-watering affair, so why not check out all the latest Super Cup odds and get involved in the action!