Football Fan Engagement: Where Is Your Premier League Fan Base Hanging Out?

The 2020-21 Premier League might have kicked off with the still strange sight of empty stadiums and artificial crowd noises being broadcasted back, but that isn’t to say the passion from the fans back home hasn’t been any less prevalent.

It’s a well known fact of reality in the world of football that Twitter is a club’s best friend when announcing marquee signings or celebrating big wins, and brings out the absolute worst of fan culture during any other time. Certain clubs have a certain reputation for being particularly vocal on Twitter, but we can finally put the argument to bed by presenting the three biggest accounts in the Premier League:

There’s very little competition between United and City in terms of their positions in the Premier League table these days, however Ole Gunnar Solskjaer’s side can at least point to a whopping difference of 14.3 million people in terms of Twitter followers, with Pep Guardiola’s Cityzens only pulling in 8 million followers on the social media platform.

In terms of some of the other big rivalries in the Premier League, Chelsea might be nestled behind Arsenal and Liverpool with 14.5 million followers, but that is a long, long way ahead of Spurs down with just 4.4 million followers.

West Ham United’s move to the London Stadium in 2016 has helped them become the fourth biggest London club on Twitter with 1.6 million followers.

Crystal Palace have the bragging rights over their M23 rivals Brighton and Hove Albion with over 670k more Twitter fans, with 957k and 281k followers respectively. Curiously the Seagulls, into their fourth straight year of Premier League football, are stuck at the foot of the table for Twitter followers.

Wolves’ star-studded list of Portuguese contingents and deep run in last year’s Europa League might have stunned out Football spreads market, , but their 613k followers isn’t enough to win the crown of possessing the biggest Twitter army in the Midlands, with both Aston Villa and West Brom sat at 1.3 and 1.0 million followers respectively.

Out of the three sides from the Championship last season, it might be surprising for some Leeds fans to learn that they aren’t even the most followed promoted side in the league right now with their 603k followers some way ahead of Fulham’s 540k, but noticeably behind West Brom’s 1m strong army of supporters. 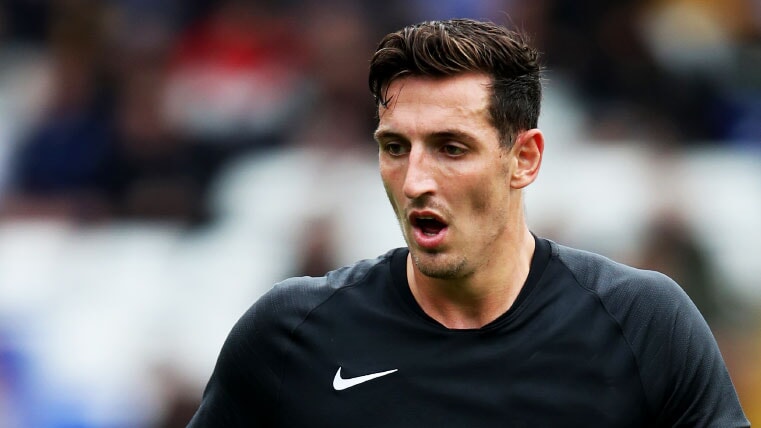 In terms of pulling in the most engagement from their Tweets, Jose Mourinho’s Tottenham currently has the honour of possessing the most engaged post from one of their accounts. Out of the last two hundred Tweets sent out by every Premier League club and player, Davison Sanchez’s Tweet of a photo of himself alongside Eric Dier on June 2nd racked up 60k Retweets and 366.6k Likes at an Engagement Rate of 267.24%. 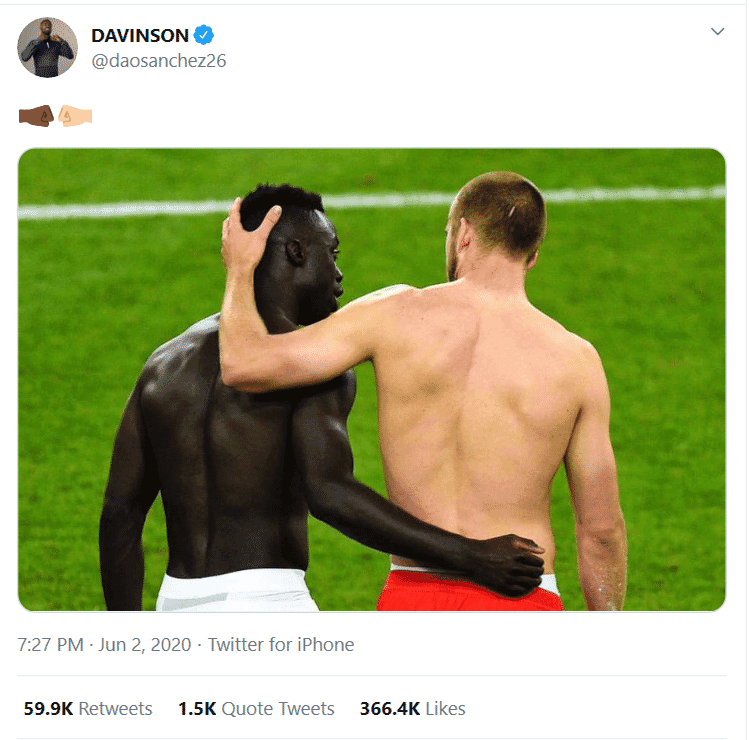 Behind that is a photo Timo Werner posted of himself at Stamford Bridge on the day Chelsea hosted Wolves in the Premier League en route to securing Champions League football for another year. The caption reads ‘My new home! Come on @ChelseaFC’ and is currently sat on 27.7k Retweets and 16.73k likes at an Engagement Rate of 112.55%. 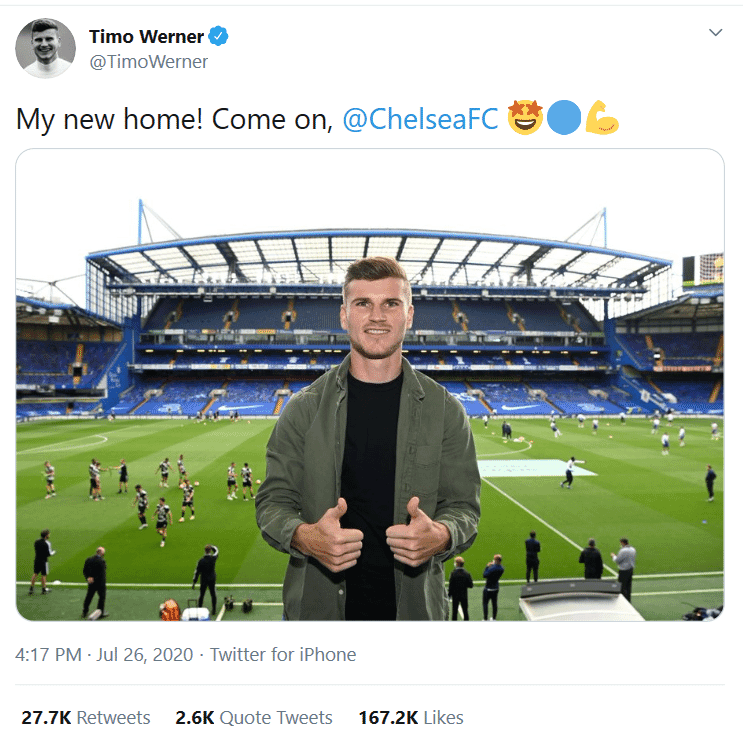 In terms of the lowest engaged Tweets coming out of the Premier League, Manchester United’s announcement of their signing of Donny Van De Beek has the dishonour of calling itself the least engaged post by the amount of views. The 5 second Gif posted on September 2nd has 3.7 million views, but has only received 50.8k Retweets and 191.6k likes at an Engagement Rate of just 1.05%. Seems like the signing of the talismanic Dutchman hasn’t been enough to whet the appetites of United fans just yet. 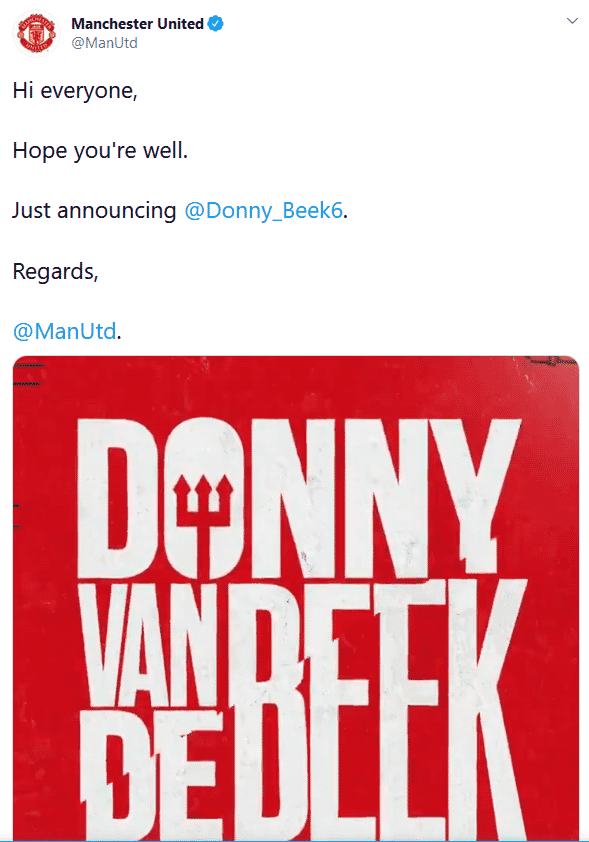 What Platforms Are Popular Around The Country?

By and large, a team’s most popular platform is their official Facebook page. The only exceptions to this are Sean Dyche’s Burnley, Graham Potter’s Brighton and Hove Albion, Chris Wilder’s Sheffield United and Slaven Bilic’s West Brom.

Sheffield United, Burnley and West Brom all have their official Twitter pages as their largest social media platforms, sitting at 346k, 485k and 1m followers respectively against the 272k, 428k and 816k Blades, Clarets and Baggies on their Facebook pages.

The one exception in the Premier League is the Seagulls, whose official Instagram page is the go-to place for Brighton fans with 313k followers and 292k on Facebook. Famous for its progressive arts and culture hubs, it’s perhaps unsurprising to see the Seagulls as the club for the ‘Gram.

Ole’s at the wheel of the league’s biggest club on Facebook with Manchester United’s 73 million fans, who have been out in force over the past few campaigns. They might have fallen behind the likes of City and Liverpool in terms of onfield success, but those 73 million Facebook fans is noticeably ahead of the Reds’ 36 and City’s 39 million likes.

In the battle for London supremacy, Chelsea’s running riot in the summer transfer window has helped them leapfrog the likes of Arsenal and Spurs with 47, 37 and 16.5 million likes respectively. We guess that means Chelsea must be the biggest club in London after all?

For the newly promoted sides in the division, Marcelo Bielsa’s Leeds side are once again a little lower down the list than some might have first thought. Their 724k likes on the platform puts the Whites behind both Slaven Bilic’s West Brom side on 816k and Scott Parker’s Fulham on 851k. 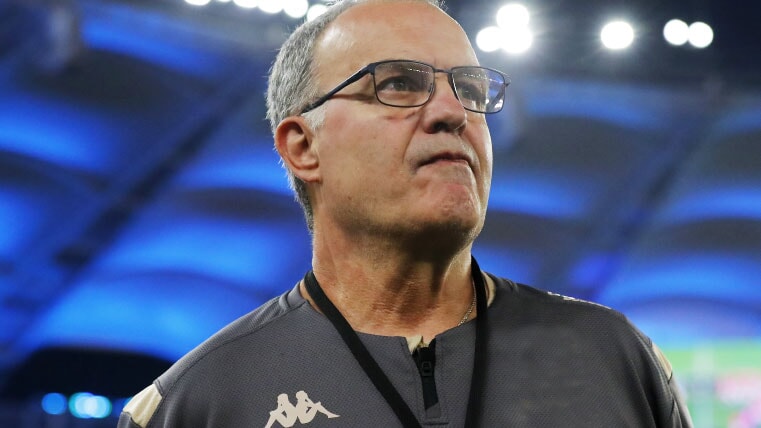 Keep up to date and stay connected with the world of football betting with Sporting Index’s fixed football odds and soccer spread betting markets.